WakingTheFeminists, the campaign by Irish artists which has formed around the public outcry over the Abbey Theatre’s Waking The Nation 1916 centenary programme, has announced its objectives and released details of this Thursday’s public meeting.

In the statement, the group said: “The campaign objectives are three-fold: A sustained policy for inclusion with action plan and measurable results. Championing and equal advancement of women artists. Economic parity for all working in the theatre.”

Denise Gough stands with us! And she wants the world to know it! #WakingTheFeminists pic.twitter.com/T65WfHD7s4

#WakingTheFeminists was coined by set designer and arts manager Lian Bell in late October and began trending online in response to the absence of women artists in the artistic programming of the national theatre.

Only one play of the ten programmed in the Abbey’s 2016 programme was written by a woman and just three out of these plays will be directed by women.

I STAND WITH YOU WOMEN IN THEATRE #IRELAND 🍀🍀🍀 #THEABBEYTHEATRE pic.twitter.com/gGkCbNdAFZ

WakingTheFeminists points out that prior to 2006, 14% of the plays presented at the Abbey Theatre were by women writers.  Since 2006 that figure has fallen to 12.3%.

The group said: “However, the issue is bigger than any one organisation or individual, and #WakingTheFeminists recognises that discussion and action is needed to realise a new artistic landscape that reflects Irish society, and represents ‘all the children of the nation equally’.

Since the Abbey programme launch for Waking The Nation on October 28, #WakingTheFeminists has generated significant online attention - both on social media and in the national press.

International actors including Cherry Jones, Brian F O’Byrne, Mona Eltahawy and Debra Messing have supported the group and an online petition was signed by 1531 people in its first 20 hours.

The Abbey has accepted requests for a public meeting. It will take place on Thursday November 12 at 1.00pm at the Abbey Theatre and will be preceded by a photocall at 12.15pm, where women working in every area of Irish theatre will converge at the national theatre.

Earlier today, the Abbey issued a statement in response to criticism of Waking The Nation, saying: “The Board commits to work with the Director and new incoming Directors to develop a comprehensive policy and detailed plan to help address gender equality with the co-operation and input of the wider Irish theatre community.

“The Board and Director of the Abbey Theatre have acknowledged and approved requests received for the Abbey auditorium to host a #WakingTheFeminists debate on Thursday 12 November at 1pm.”

The debate is a public event and everyone is welcome to attend. It will be attended by Fiach Mac Conghail, director of the threatre, and by members of the board and staff.

On Friday, Mr Mac Conghail released an open letter to everyone taking part in the on-going debate around gender equality in Irish theatre.

“I regret the gender imbalance in our Waking the Nation programme for the significant year ahead. The fact that I haven’t programmed a new play by a female playwright is not something I can defend,” he wrote.

“Our challenge now is how to address this imbalance both here at the Abbey Theatre and nationally in the arts community and beyond.” 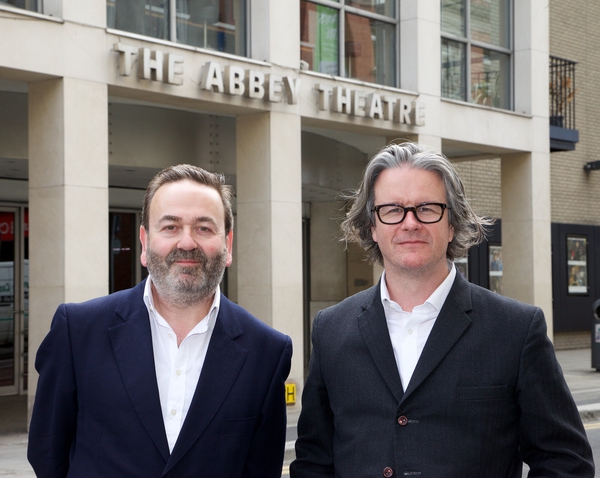 Two directors to succeed MacConghail at the Abbey