Brooklyn, starring Saoirse Ronan and Domhnall Gleeson, made Irish box office history at the weekend, claiming the biggest opening of any Irish film in Ireland since Michael Collins in 1996.

An estimated take of €1,458,851.33 in the UK and Ireland combined means Brooklyn was the number one opener at the weekend. 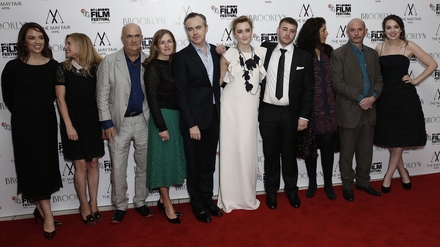 The cast of Brooklyn at the European premiere in London

There is also a lot of talk that Brooklyn will be nominated for several Oscars. Speaking about the buzz, Carlow native Ronan said: "It is nice and it is lovely. But the good thing about having that sort of discussion around it now, touch wood, is that when you've been on both sides of it and had both perspectives... It's great and everything works out well when it comes to buzz, but then nothing comes of it, but the film is still great and you love it.

"The talk of an Oscar has helped me realise all the elements that go into that whole world."

Read our review of Brooklyn here.