Paddy Moloney: Chieftain (9.30pm RTÉ One) documents the life of the legendary musician (and occasional singer) while The Hunt: In The Grip Of The Seasons (9.00pm BBC One) is a beautiful evocation of predatory creatures at large in the Arctic, the Arctic wolf, the Arctic fox and the polar bear. Cogar - Ón Mám go dtí na Major Leagues 9.30pm TG4 charts four legendary baseball brothers whose family emigrated from County Galway in 1882.

In the latest of his portraits of leading figures in traditional music, award-winning director Liam McGrath turns his cameras on a national treasure, The Chieftains’ singer, tin whistle player, piper and raconteur Paddy Moloney. In a series of intimate interviews and specially-recorded performances and collaborations, Moloney reflects on his own personal journey, and the music and people that shaped it. McGrath is the man responsible for the brilliant portrait of Dolores Keane, one of the most richly sensitive documentaries made for Irish television in recent years. 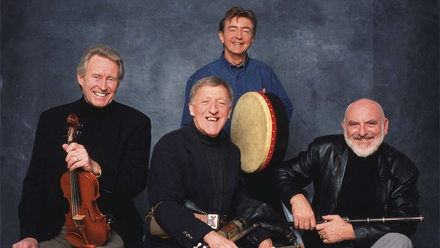 The Hunt: In The Grip Of The Seasons

Episode two looks at the challenges of hunting in the Arctic, the most seasonal place on Earth. The Arctic is a place that alters its state on an annual loop, from a floating continent of ice in permanent darkness, to a meagre scattering of barren islands under 24-hour sunshine. This means that the year is lean, with only brief windows of opportunity for the predators that call this place home: the Arctic wolf, on the larger islands; the Arctic fox on the dramatic coasts; and out on the sea ice, the polar bear. These predators answer the problems of the changing world in which they live by switching through a string of completely different hunting strategies at different times of year. In a filming first, The Hunt shows a polar bear risking life and limb to climb 300m up a cliff to get to chicks and eggs; and another using holes in the melting summer ice to steal closer to basking seals. Arctic foxes have adopted a new strategy for capturing Arctic auks, plucking them out of the sky mid-flight as they attempt to get away. 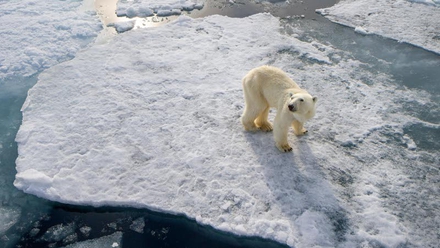 This new documentary tells the amazing story of baseball's four O'Neill brothers, natives of the Maum valley in north Connemara who played Major League baseball in the USA, a century ago. It examines their Irish roots, recalls how they stood shoulder to shoulder with legends of baseball and reveals the integral role they had in developing baseball's biggest teams, like the Cleveland Indians and the Boston Red Sox. The O'Neills and their children left Joyce Country in 1882 while the world's attention was focused on their locality for another darker reason - the notorious Maamtrasna Murders.  Well settled in their new homes in Minooka, Pennsylvania, the O’Neills added eight further children to the five that had been born to them in Ireland.   Four of those children made it to the pinnacle of their adopted sport. Steve, the most successful of all won a World Series as both a manager and a player. It is said that his brothers, Jack and Mike, who had been born in Ireland used to exchange signals in their native Irish language while playing as pitcher and catcher for the St Louis Cardinals, 1002-1906. Picture below shows Steve O'Neill, catcher for the New York Yankees in 1925. 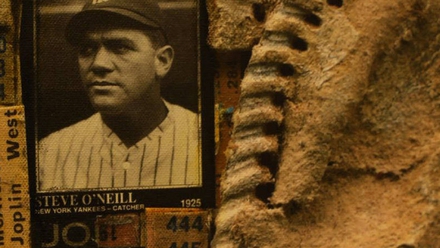