The Lobster, which was filmed in Ireland and stars Colin Farrell, has received five nominations at this year's European Film Awards, making it the joint most-nominated film at the prestigious event.

The movie, which filmed in Dublin and Kerry, is nominated in the Best Film, Best Actor (Farrell), Best Director (Yorgos Lanthimos) and Best Screenwriter (Lanthimos and Efthymis Filippou) categories and a previously announced technical win for costume design (Sarah Blenkinsop).

This follows last week’s announcement that the film topped the nominations for British Independent Film Awards with an incredible seven nominations in total. 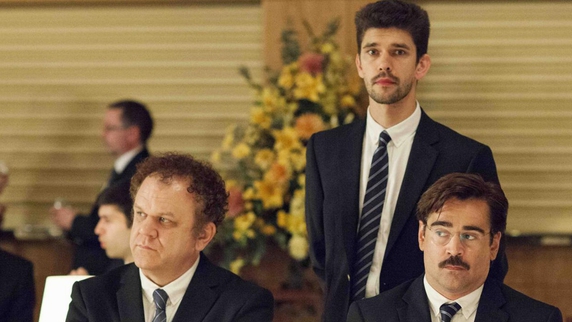 The 28th European Film Awards will be held on 12 December in Berlin where more than 3,000 EFA members will vote on the winners.

The Lobster is a love story set in the near future where single people, according to the rules of The City, are arrested and transferred to The Hotel.  There they are obliged to find a matching mate in 45 days.  If they fail, they are transformed into an animal of their choosing and released into The Woods.  A desperate Man escapes from The Hotel toThe Woods where The Loners live and falls in love, although it is against their rules.

It has grossed over €1.4 million at the box office across Ireland and the UK which is a pretty good return for an independent film.The film is also currently on release in France, Benelux, Australia and Greece where it is returning strong box office figures. It will be released across the globe over the coming months.

Best European Short
“Dissonance”
“E.T.E.R.N.I.T.”
“Field Study”
“Kung Fury”
“Listen”
“Our Body”
“Over”
“Picnic”
“The Runner”
“Smile, and the World Will Smile Back”
“Son of the Wolf”
“Symbolic Threats”
“This Place We Call Our Home”
“The Translator”
“Washingtonia”