Louis Tomlinson has revealed that he's working on a special project with Simon Cowell - putting a girl band together.

The One Direction star told the X Factor's Xtra Preview that he's planning to use the hiatus from the band in 2016 to collaborate with Cowell on a girl group.

He said: "I've got a little label imprint so I'm trying to work with that at the moment. I'm lucky enough to be working with Simon. We've got a few different projects going on at the moment one of which is we're trying to put a girl band together."

The 23-year-old singer added that he's looking forward to playing a more low-key part in the project, saying: "It's really exciting to be involved in the different side of it, the background."

Tomlinson is set to welcome his first child with stylist Briana Jungwirth, and Cowell has been highly supportive of him.

The X Factor mogul recently said he's been doling out parenting advice to the singer, saying: "I just said enjoy it. If I had been his age and someone had said you're going to have a baby, I'm not sure how I would have coped with it.

"But he did call me and I said, 'When you've embraced it you'll be amazed how much you are going to love it and it will change your life for the better. And that's it'." 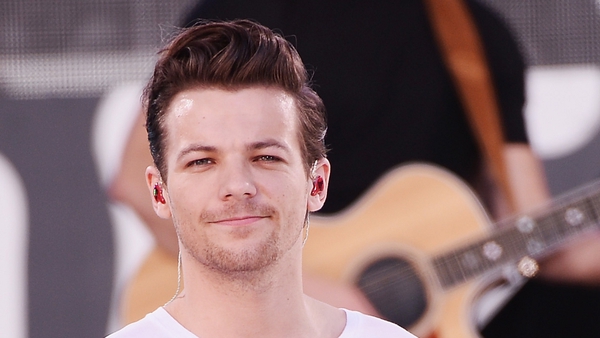