The inaugural IFTA Gala Television Awards ceremony took place on Thursday night in Dublin, and the stars of the Irish television industry were there to celebrate.

Among the red carpet attendees was man-of-the-moment Brendan O'Carroll who received a Lifetime Achievement Award for Comedy. The Mrs Brown's Boys creator was a popular choice for the honour, and later received a standing ovation when the presentation was made during the ceremony.

On the way in to the ceremony, O'Carroll, who was accompanied by his wife and TV co-star Jennifer Gibney, kept very coy about his speech and joked that he would just take to the stage, "pretend it's a surprise" and act speechless. 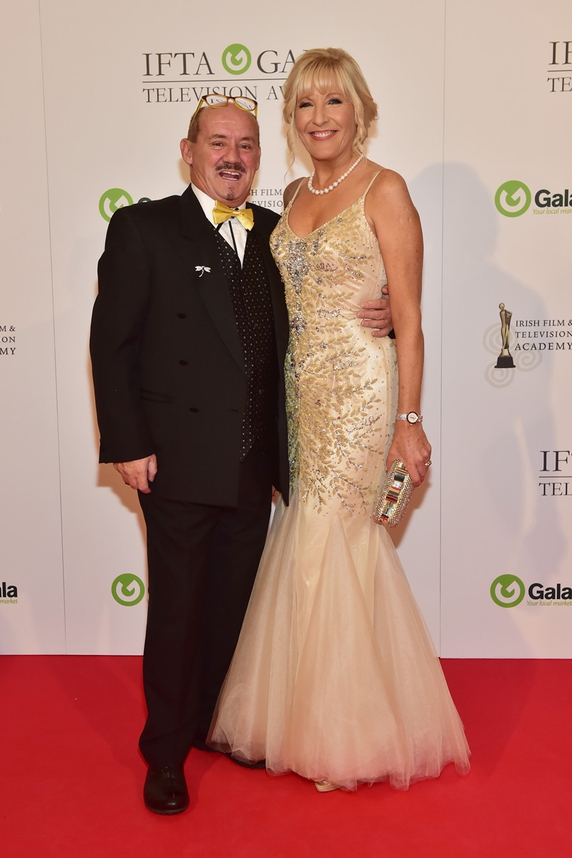 Also strutting their stuff on the red carpet were newlyweds Ronan and Storm Keating and I'm A Celeb star Nadia Forde, all of whom had flown in from London especially for the occasion. 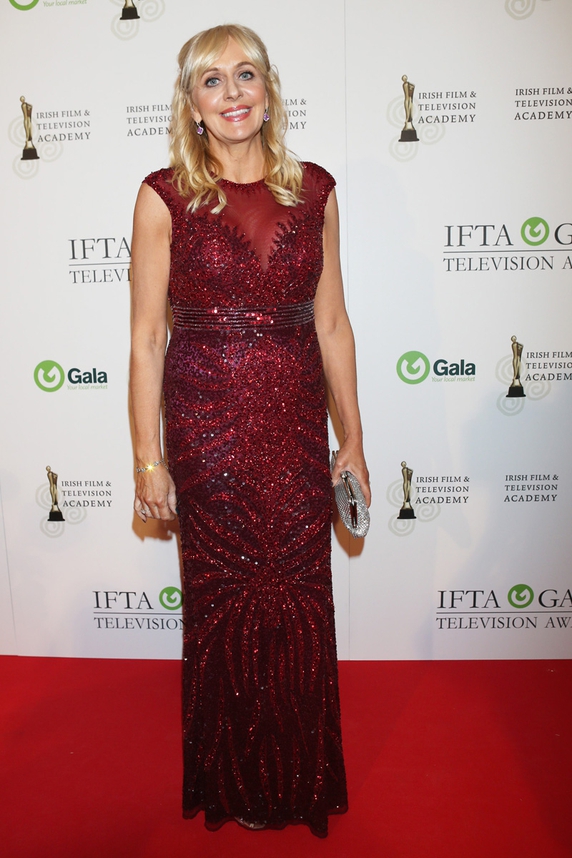 RTÉ presenter Miriam O'Callaghan turned heads in a burgundy beaded gown. She told TEN that ceremonies like the IFTAs are an important opportunity to pay tribute to the people who work in the television industry.

"I know people say awards ceremonies don't matter - and they don't matter that much - but when you get everyone together and when your peers recognise you and praise you and give you an award it is worthwhile," she said.

Award-winner Baz Ashmawy, who won the IFTA for Best Entertainment Series for 50 Ways to Kill Your Mammy, was unfortunately without his leading lady and Mammy, Nancy. 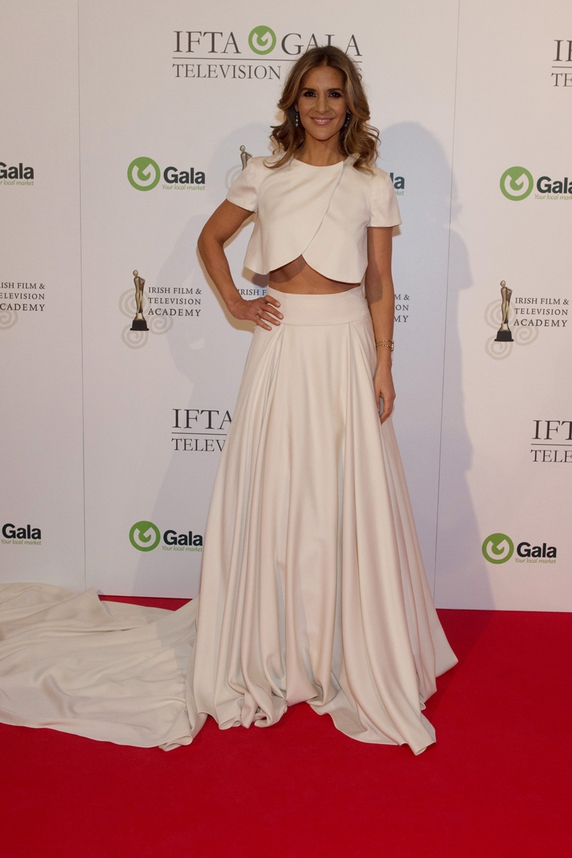 The fashion game was strong last night with monochrome proving to be a popular choice at the event. Host Amanda Byram looked stunning in a white Elizabeth Stuart crop top and flowing skirt, changing into a plunging red gown by Irish designer Eamonn McGill as the night went on. She told TEN she was relaxed about hosting the ceremony.

"It’s the Television Awards after all, it’s not the Film Awards, so it’s a little bit more light-hearted, a lot less serious, so it’ll be a good night." 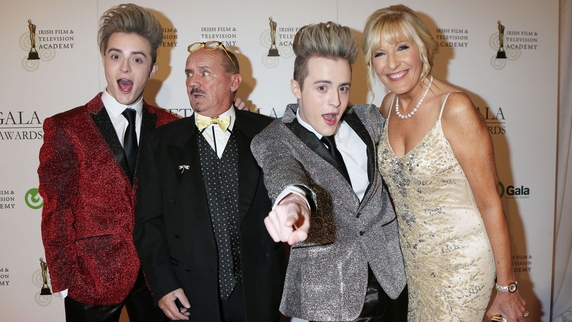 Jedward sparkly as ever

And sparkly duo, Jedward, put in the effort by donning custom-made glittery suits for the occasion.

Check out all the glitz, glam and red carpet banter by clicking the link above and we've also got a gallery of gúnas and style from last night. 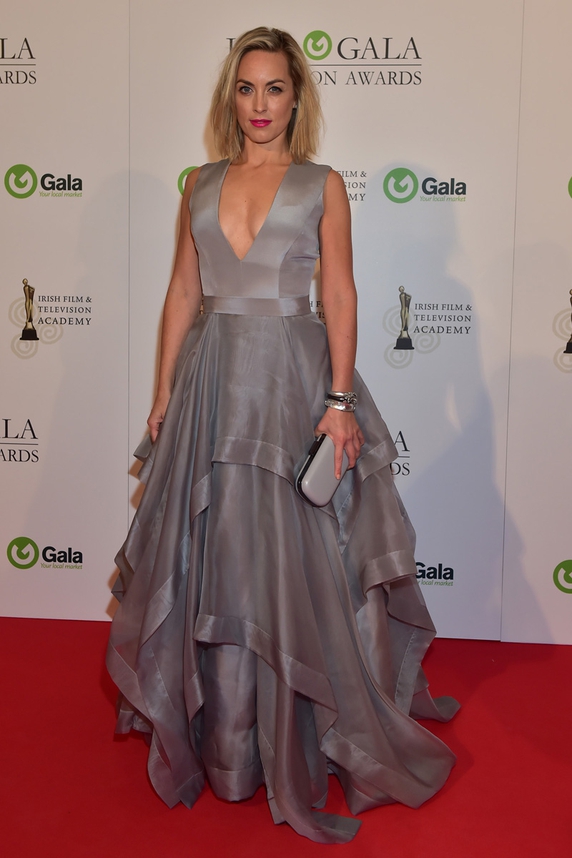