Brendan O'Carroll has said that his late mother, former Labour Party TD Maureen O'Carroll, turned up in one of his dreams to offer him advice when he was £2.1 million in debt.

O'Carroll, who will be presented with a lifetime achievement at the IFTAs next week, was left with massive debts after his movie Sparrow’s Trap failed to even make it into Irish cinemas.

“When that went down the tubes, for £2.1 million, I could never see it being righted; it scared the living daylights out of me,” he told The Irish Times. “I don’t get depressed, but I was certainly very down.”

O'Carroll also paid tribute to his mother in the interview. “I spent my life being her son,” he says. “Where we lived a lot of the people were fans of her, because she got them housed. I don’t remember her ever paying a bus fare, for instance. But it wasn’t until I started reading about her later that I realised just how much she’d done.

“I wondered how come I didn’t learn about this woman in school, and then I realised, how much did we know about Countess Markievicz? F*** all. Women seem to get airbrushed out of our history.” 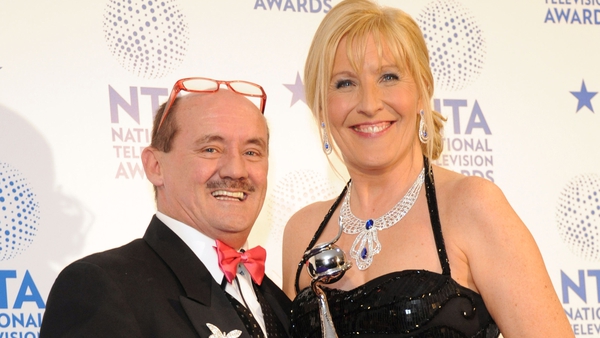