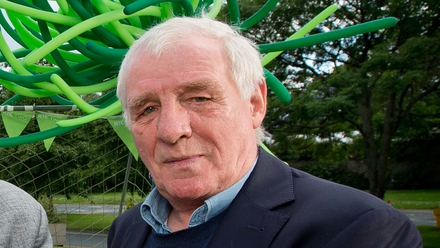 Singer-songwriter Glen Hansard talks to John Kelly about 25 years of being the front-man with The Frames, his new solo album Didn’t He Ramble and recalls how it all began with a headmaster who told him to quit school early and pursue his love of music. Glen looks back on his teenage years busking on the streets of Dublin, meeting other musicians such as Kíla and Mic Christopher, as well as forming the Frames and the group’s early influences. “The Waterboys was the main reason why the Frames became a band, “ he reveals. Glen also recalls playing a musician on-screen, first in 1991 in Alan Parker’s film The Commitments and in 2006 in John Carney’s musical Once. He won an Oscar for the song Falling Slowly. 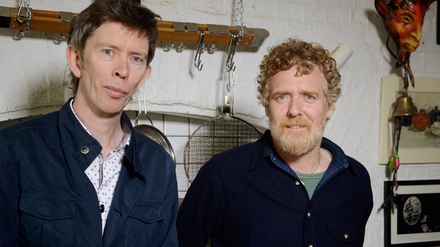 Who Do You Think You Are?

Writer and actor Mark Gatiss (Sherlock, Game of Thrones, The League of Gentleman) visited Derry last February to discover his Irish roots.The 48­-year­-old actor called into into the city’s Guildhall to learn more about his mother’s side of the family. His mother's maiden name, O’Kane, is a popular name in the area, which presumably doesn't make things any simpler. He also looks into the story of his great­-great­ grandfather who owned vast tracts of land in Co Derry. In the Guildhall he looks at ownership records to discover just exactly where this land came from. He also discovers that he has relatives by the name of O’Mullen. “The big mystical thing for me is my mother’s side,” he has declared. “The Irishness of her side of the family always appealed to me. I’ve never really delved very deeply." As a young fellow, he used to walk around the football pitch discussing horror films with his best mate. "History has also always been one of my biggest passions. It’s a sort of affinity with it all in a way. My mum used to say I had an old soul, which I always liked.” 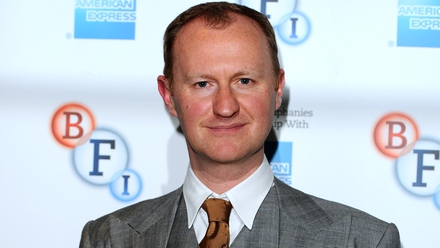