The Martian, without doubt, puts the emphasis on sci in sci-fi. But don't let that put you off. It's a witty, smart and engaging drama - think Castawaymeets Gravity – with a cheeky soundtrack to boot. Plus it stars the potato, what Irish person would not love that?

Set in the not so distant future a group of American astronauts (plus one German), including botanist Mark Watney (Matt Damon), are on Mars collecting soil samples. However, what appears to be a calm day on the red planet soon turns treacherous when a dangerous storm rolls in. So dangerous in fact that Commander Melissa Lewis (Jessica Chastain) decides that they must abort their mission and leave Mars immediately.

But all does not go according to plan, Watney is missing, presumed dead, and the crew make the difficult decision to leave him behind on Mars. 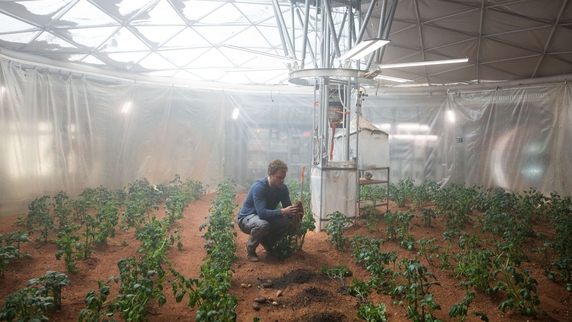 It turns out though that Watney is alive, stranded alone on the surface of Mars and with a limited number of supplies and years to go before the next manned mission to Mars, he’s got to figure out how to survive and get in touch with NASA. Watney sets the tone and pace when he realises he must fight for his survival and says, "I've got to science the sh*t out of this," and science the sh*t out of it he does.

Meanwhile back on earth, after learning of their mistake, NASA scrambles to put a rescue mission in place. Jeff Daniels gives as strong performance as the head of NASA, as does Chiwetel Ejiofor and Sean Bean as mission commanders. Benedict Wong is manically terrific as the Jet Propulsion Labs contact, while Kristen Wiig plays a very different role to her norm, as Annie Montrose the head of NASA's media relations. 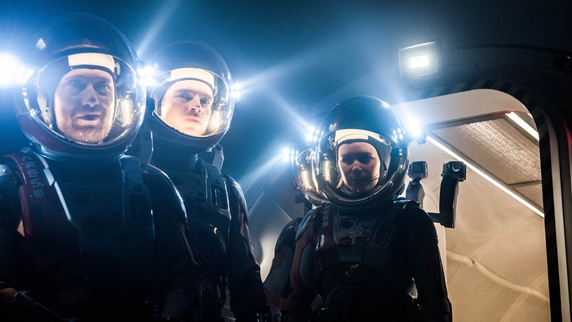 Drew Goddard's script superbly balances the need to explain the science like you are in Junior Infants with high emotion and perfectly timed comedic moments. When you think one man and his fight for survival on a lonely and vast planet, its easy to conjure feelings of mawkishness, but its far, far from that. It also looks stunning, with the Jordanian desert standing in for the vast, echoless expanses of Acidalia Planitia.

The Martian is easily Ridley Scott's best movie in over a decade, while Matt Damon once again proves why he will go down in history as an acting great.

Do yourself a favour and make sure you see The Martian on the big screen. Bring snacks and get comfy, you're in for a glorious 141 minutes.