"We love her to pieces and we give her as much joy and laughs as we give everybody who sees the stuff that we do but she gets to experience it off camera." 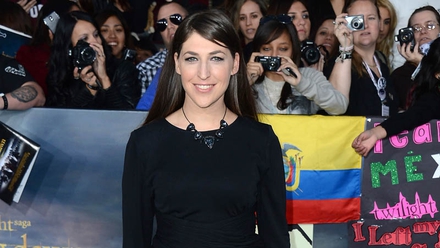 Cuoco has filed for divorce from Ryan Sweeting, citing "irreconcilable differences" as the reason for their split.

The actress and her tennis player husband announced their split after 21 months of marriage last weekend, with a representative saying: "Kaley Cuoco and Ryan Sweeting have mutually decided to end their marriage.

"They ask for privacy at this time. No further statement will be issued regarding this matter."

The couple signed a pre-nuptial agreement before their marriage on December 31, 2013, and she listed their date of separation of September 3, 2015.

No details concerning what the agreement entails have been released.