Charlie (11.40pm RTÉ One) is a repeat of the acclaimed trilogy, while in It Was Alright in the 1980s (9.00pm Channel 4) Matt Lucas narrates the second episode of this trawl through 1980s TV and trivia. GAA Beo (6.55pm TG4) brings us action from the Wicklow v Meath and Limerick v Wexford encounters in Under 21s Hurling.

The acclaimed trilogy, starring Aidan Gillen and Tom Vaughan-Lawlor, is repeated. In 1979 Irish Minister for Health, Charles J. Haughey confounded his critics and succeeded in his bid to become Taoiseach, championed by a close circle of allies. The drama explores the emergence of modern Ireland through charting the rise and fall of the charismatic and divisive figure into the 1980s, the decade he dominated. 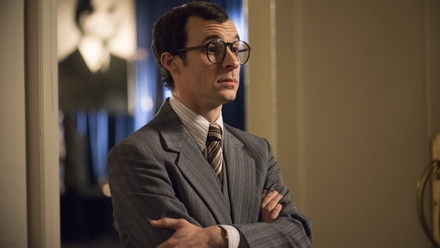 Matt Lucas narrates the second episode of this trawl through 1980s TV, “a time of revolution, big hair, aggressive poets and monkeys playing tennis - on ice.” That would hardly set your pulse racing – how about instead the Eighties, a time of Sade, The Police, Simple Minds, David Sylvian, Live Aid, movies like Fatal Attraction, The Grifters, I've Heard the Mermaids Singing (just threw that in, very good off-beat 1987 movie) and oh, just so much more. Monkeys playing tennis on ice? Wow, can’t wait. Now that would never have done in the Channel 4 of yesteryear, when it was, shall we say, a more discerning station. Anyway, the guests include Chris Tarrant (pictured) and Rustie Lee. And what’s this about " a time of revolution? " What era isn’t? Must have taken them ages to come up with the words "big hair." Eh, who wrote this stuff? 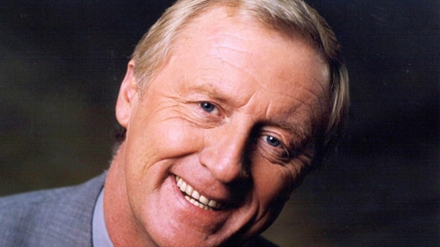 Live coverage of Meath v Wicklow ‘B’ and Wexford v Limerick ‘A’ in the Bord Gáis Energy All Ireland U21 Hurling Championship Finals. Presented by Micheál Ó Domhnaill with commentary by Brian Tyers.