The director of Maze Runner: The Scorch Trials, Wes Ball, has revealed that it was a dream come true to cast Irish actor Aidan Gillen as the main villan in the post-apocalyptic action-thriller.

Scorch Trials picks up the story of Ball's 2014 sleeper hit The Maze Runner, with hero Thomas (Dylan O'Brien) and his friends now the 'guests' of Janson played by Gillen and his colleagues after escaping from the Maze.

Ball told TEN he had been a fan of Gillen's for "a long time".

"I saw him in Game of Thrones; that's where I knew him from," he said. "And also the last Batman [The Dark Knight Rises] and The Wire before that from HBO. When I signed on to do this movie I immediately asked, 'Get Aidan'."

At one stage Ball thought that Gillen joining the film would not happen because of his Game of Thrones schedule, but then fate intervened.

"They knew how much I liked him and how much I wanted to bring him in, so my casting director, eventually she pulled some strings or something and got him in," he said.

Ball described it as "a thrill" to work with the Dublin actor.

"He's such an amazing actor and just the subtlety... It was so interesting to work with him and find what the camera likes. Essentially, with an actor like that, it's all about the close-up! He's so subtle in his facial expressions and those little tics and things; it's just fun to watch him." 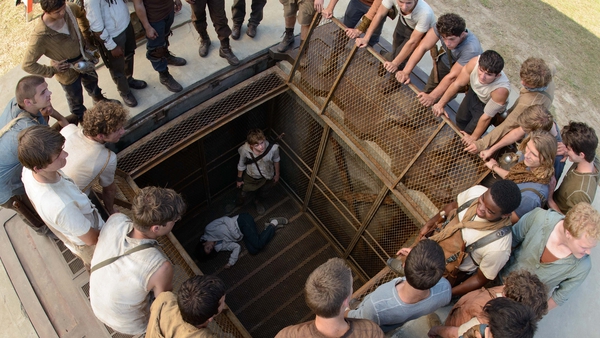