It's a Beautiful Day for U2 fans in Ireland after the band put an end to rumours and speculation and confirmed they will play in both Dublin and Belfast this November.

It's been a saga of will they, won't they, for the past number of weeks and due to the sheer scale of their iNNOCENCE + eXPERIENCE tour, there was a real danger U2 where not going to play any live shows in Ireland this year.

Over the weekend The Edge addressed the speculation and assured fans they were doing everything in their power to take their world tour to Ireland and insisted it would be a "huge disappointment" if  it did not happen. 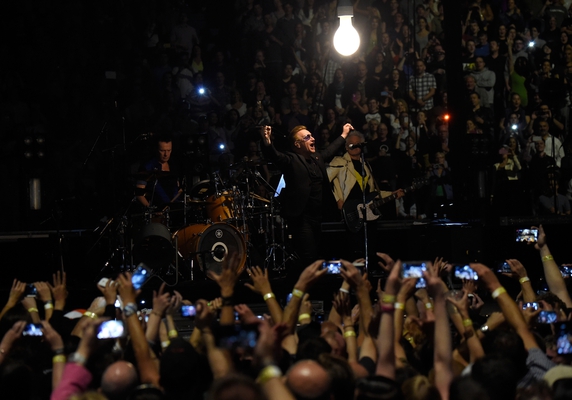 U2 on stage in Vancouver

They band have been very vocal that their iNNOCENCE + eXPERIENCE tour is only suitable for particular types of venues which gave fear to fans that it would not fit in any indoor arena south of the Irish border.

The Edge added: "This show is designed for a type of venue and unfortunately there isn't one, certainly in the south. I think there might be one in the Belfast area, so we're looking at that as well.

"But you can't invent a venue. It's either there or it isn't. So, we're doing a lot of head-scratching right now to see if we can figure out something." 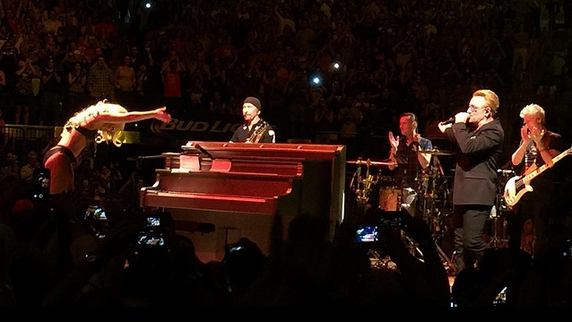 U2 on stage with Lady Gaga in New York

But now it seems all logistical and staging issues have been surmounted and Bono, The Edge, Larry Mullen and Adam Clayton will take to the stage in Dublin and Belfast this coming November.

The band has announced that €2,000,000 from the concerts will go to Music Generation, Ireland's national music education programme.

Its director, Rosaleen Molloy, said:  "Music Generation would not exist without U2's vision. It was the band's very own personal experience of music education as children and teenagers that has driven their commitment to kick-start this ground breaking project."

"We are extremely grateful to the band for their continued support of children and young people's access to music education in Ireland and we welcome this announcement with enthusiasm and excitement."

Tickets can be bought at the 3Arena and SSE Arena box offices and online.

As #U2ieTour comes to Europe Bono goes all O'Connell Street & channels his inner Anna Livia as Edge solos away! @U2 https://t.co/tHWGXgF8ln

A salute from @U2 to the Northside, the Irish Mammy & Mammies everywhere as #U2ieTour begins in Turin. https://t.co/yBQc4aD2Qs

Now here's how you make an entrance. #Bono takes to the stage at start of @U2's tour in Turin. #U2ieTour https://t.co/WRvJOnfOvo

Wow yesterday @u2 @ #ziggo #amsterdam was intense! Different but great thanks for another great concert #U2ieTour pic.twitter.com/51ugj5N3Cg

What a night at Ziggo Dome - here's The Edge right in front of me - stunning show! #U2ietour #u2amsterdam @u2 pic.twitter.com/VCfx1CZeN8