Room, the new film from Irish director Lenny Abrahamson, which has been adapted by author Emma Donoghue from her best-selling book of the same name, has received its world premiere at the Telluride Film Festival in Colorado.

The festival, which runs for four days, is considered a launch pad for Oscar campaigns.

The director was joined at the premiere by Room's star, Brie Larson. Her performance was described by US film website Indiewire as "a revelation", with Abrahamson praised for a "relentlessly compelling" film which is a mix of thriller and coming-of-age story.

Trade daily Variety also hailed Abrahamson and Larson's work and said the team behind Room "might just have the call-your-mom-sobbing-afterward movie of 2015 on its hands". Many critics highlighted the performance of Room's child star, Jacob Tremblay.

In its review, UK newspaper The Guardian described Abrahamson as "a master actor's director" but felt the film's overall vision was "muddled".

The Telluride festival has a special place in director Abrahamson's affections as one of his earlier films, Adam & Paul, also screened there.

"I've been wanting to get back there ever since," he said. "It's a unique festival - there's really nothing else like it anywhere else - there's no market, no hierarchy of industry and audience, just films and people who love films. I'm delighted to be launching Room there. It's a real honour."

Due for release in Ireland and the UK on January 29, Room sees Larson (Short Term 12, The Spectacular Now) and Tremblay (The Smurfs 2, Somnia) starring opposite Joan Allen (The Bourne Supremacy, Nixon) and William H Macy (Shameless, Magnolia).

It tells the story of a five-year-old boy (Tremblay) growing up with his mother (Larson) in a shed which he believes is the whole world, while she hides from him the fact that they are captives.

With @brielarson after screening. I'm the one in the glasses. pic.twitter.com/K8Orkk6R3E

Irish film company Element Pictures was among the producers on Room, in association with Bord Scannán na hÉireann/The Irish Film Board. 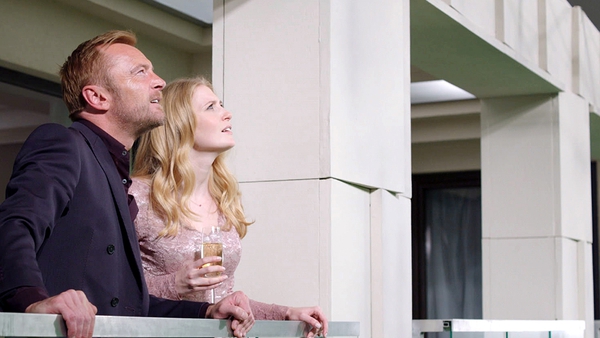