Olly Murs will come face to face with his doppelgänger on Saturday night's episode of The X Factor.

Jamie Benkert, a healthcare assistant from Southend, arrives on stage and Simon Cowell is immediately struck by his resemblance to the Troublemaker singer, asking: “Does anyone say you remind them of anyone in particular?”

Cowell then calls Olly Murs to the stage so the audience can see the two side by side, before Benkert performs an original song which sounds remarkably like one of Murs’s tunes.

Cheryl Fernandez-Versini asks: “Is that by Olly?” before Cowell comments: “Listen Jamie, it's like you've been watching Olly for years. Have you ever watched a movie called Single White Female? Olly, you'd better watch it tonight and lock all your doors."

Olly is left feeling a little uncomfortable at the attention, and jokingly asks Benkert's mother if she has ever met his father before. 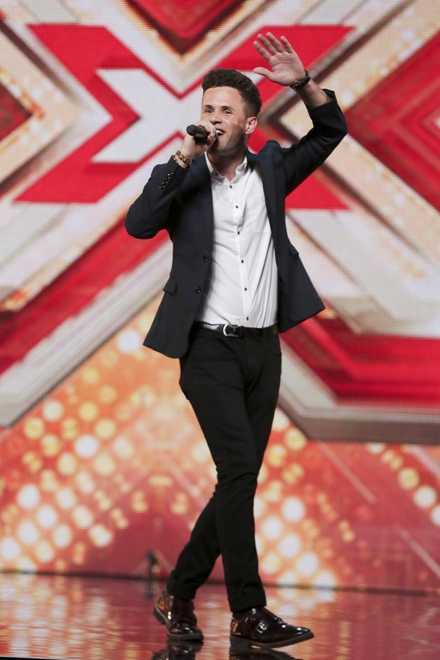 Other acts hoping to make the grade tonight include fire-eating duo Flaxen who perform Calvin Harris and Rihanna's song We Found Love, Newcastle singer Zen Blythe and Isle of Man native Simon Lynch, who takes on Beyoncé's If I Were A Boy.