There will be a big Irish presence at next month's London Film Festival, with domestic productions screening in competition and Irish stars and directors set to grace the red carpet.

Lenny Abrahamson's Room, which brings author Emma Donoghue's bestseller to the big screen, will screen in competition, where it will be joined by the Irish-Polish co-production 11 Minutes, which was directed by Jerzy Skolimowski and filmed in Dublin. Both Room and 11 Minutes were produced by Dublin company Element Pictures.

The Michael Fassbender-starring Steve Jobs, the Brendan Gleeson-starring Suffragette and the Saoirse Ronan and Domhnall Gleeson-starring adaptation of Colm Tóibín's Brooklyn will all receive their European premieres with gala screenings at the festival. Brooklyn was filmed in Dublin, Wicklow and Wexford

The Colin Farrell-starring The Lobster will also receive a gala screening at the festival, having premiered and won the Jury Prize at the Cannes Film Festival in May.

The Lobster is the first English-language film from Oscar-nominated Greek director Yorgos Lanthimos (Dogtooth, Alps) and was filmed in Parknasilla in Co Kerry and Dublin in Spring 2014. It was also produced by Element Pictures.

Among the Irish films screening across the short film strands are The Red Herring, Bone and Red Moon Rising.

The London Film Festival runs from October 7 to 18. 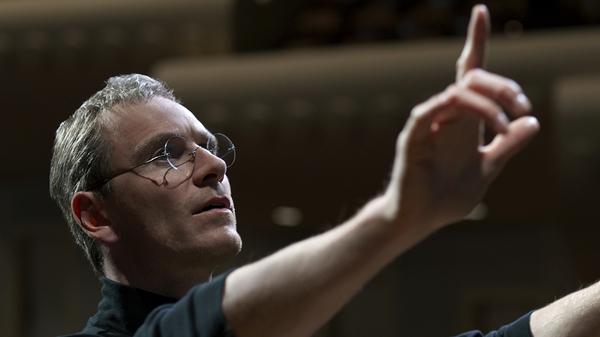