This biopic of NWA starts like an out-of-control train (on fire) but eventually skids into music movie convention. However, the lead performances by a bunch of unknowns are pretty astonishing

F. Gary Gray's long-awaited film about west coast rappers NWA biopic has all the ingredients of a great music biopic but it tells a story that may be less than palatable to a wider American public. Straight Outta Compton is fast, smart and funny, and it's also a sharp reminder of a time when rap really was the soundtrack of an oppressed generation of black America.

Quite apart from the booming, visceral music, what makes this such an enjoyable ride are the stand-out performances from the largely unknown leads. Gray never loses sight of the character-driven story in what is a long, multi-faceted film.

Ice Cube is played by his own son, O'Shea Jackson Jr; Corey Hawkins really does have Dr Dre's scowl, and even if they are sidelined as DJ Yella and MC Ren, Neil Brown Jr and Aldis Hodge do have real presence. However, it's Jason Mitchell who really does rush the show - his portrayal of Eazy E is uncanny and his relationship with NWA's twitchy and Machiavellian manager, Gerry Heller (a brilliant Paul Giamatti), keeps the film rolling.

Gray charts NWA's rise from the crumbling ghetto of Compton and their confrontations with the cops, the FBI and, later, Tipper Gore's frankly ridiculous PMRC, to their inevitable implosion amid legal wrangles and mutual dissing. SOC really is very funny in places and bolts of black humour fly about as the group face pressure from all sides. The scene where the rest of NWA first hear No Vaseline, Ice Cube's infamous diss of his former bandmates, is priceless.

The dialogue is snappy and the atmosphere menacing but once the five members of the band change, from boys in the hood to rap princelings living in splendour in San Fernando Valley, Straight Outta Compton stops being an out-of-control train (on fire) and turns into an episodic music biopic.

It hardly needs to be said that a film about how black America fought back against oppression is possibly more relevant now than in NWA's notorious heyday. But SOC is left wanting when it comes to full disclosure about some of the less heroic elements of the story, such as misogyny and the group’s eventual loss of the very spirit that first fired them up. 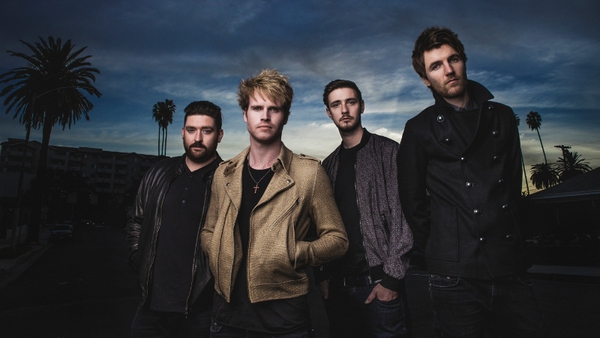