Courtney Cox has revealed that she doesn't feel pressure to look younger for her fiancé Johnny McDaid, as he doesn't like the "Hollywood look".

The 51-year-old actress is engaged to the Northern Irish Snow Patrol guitarist, who is 12 years her junior, but doesn't feel she has to look like a "20 year old" to keep him happy.

Speaking to Closer magazine, she said: "Johnny isn't into that whole Hollywood look anyway, so I don't feel pressure to keep looking like a 20 year old for him."

The former Friends star said that she looks after her appearance through a balanced diet and exercise, but doesn't want to have plastic surgery.

She added: "It's no secret I've had some Botox in the past, but I won't go under the knife. I'd rather take good care of my body with a healthy diet and exercise. I try to stay out of the sun, I eat well, I lay off carbs as much as I can and get lots of sleep." 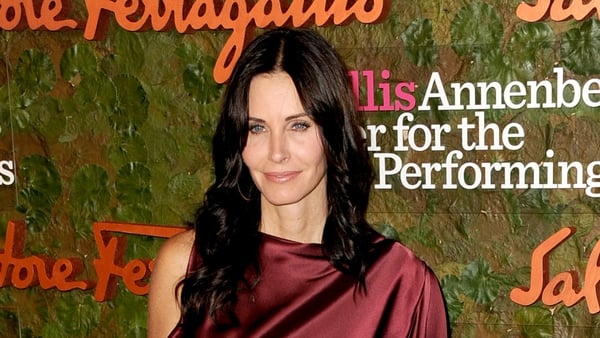