X Factor winner Shayne Ward has made his debut appearance on Coronation Street as "half-Irish" charmer Aidan Connor and fans have given him their seal of approval on Twitter.

Ward plays Aidan Connor, a distant cousin of Michelle (Kym Marsh) and he has described his on-screen alter-ego as a "half-Irish" charmer, telling The Sun, "If you're being charming and cheeky, like Aidan, then people will like you. He has great family values. We're similar in that he's grown up on an estate and is half-Irish."

Teasing his first appearance on the soap earlier today, the Coronation Street official Twitter shared a video of the singer on the infamous cobbles asking fans to "please be gentle."

Mr @shayneTward makes his big debut as Aidan Connor tonight - here's a cheeky message from him to you! ?? #Corrie https://t.co/7Y0G45Dhvx

Ward has signed a one-year deal with the ITV soap and filmed his first scenes back in June.

Taking to Twitter, fans of Ward and the soap have shared their opinions on his first appearance. The majority of messages are positive, with Twitter users congratulating the singer-turned-actor on a job well done.

@itvcorrie omg @shayneTward has just made my night...fantastic!!!! Well done Shayne, great part for you x

Can a character please ask Aidan if he's thinking of buying into Underworld, so he can reply with: "That's my goal"? @itvcorrie @shayneTward

Omg @shayneTward you got me all giddy <3 your gorgeous! #corrie can't wait to see more of you, hope your sticking around for a while! Xxxxx

@itvcorrie best thing you ever did bringing @shayneTward into the show. 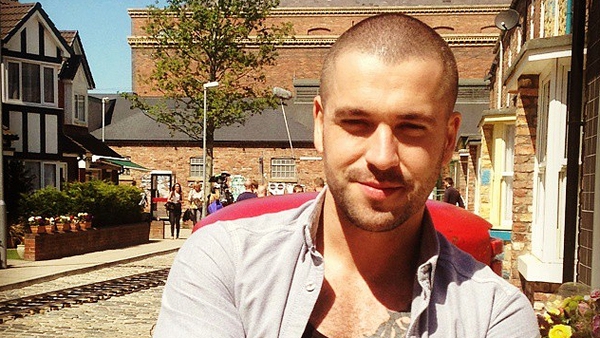