The new coach on The Voice UK, Boy George,  has expressed his admiration for Tom Jones just days after the singer was axed from the show much to his dismay.

The music veteran accused the BBC of "sub-standard behaviour" over his axing saying he was told only 24 hours before the new line-up was announced that he would not be returning to the show.

Clearly upset at the decision Jones said he was dropped "with no consultation or conversation of any kind".

His replacement on the show, 80s legend Boy George, tweeted: "I have absolute respect for Tom Jones. The man is an absolute legend. Huge fan!"

I have absolute respect for Tom Jones. The man is an absolute legend. Huge fan!

It was announced last week that the Welsh star, who has been a coach on the show since it launched, and singer Rita Ora, who left the show to join The X Factor, are to be replaced by Paloma Faith and Boy George. 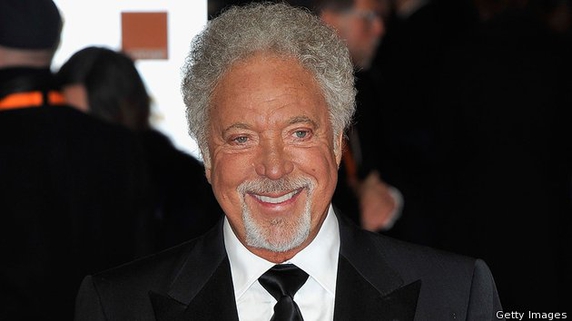 In a post on his Facebook page, Jones wrote: "In good faith, as part of the team, I'd put the time in my schedule to be involved in series 5, as I've done so for the last 4 years.

"I've supported the show and the BBC since the beginning. I was told yesterday, with no consultation or conversation of any kind, that I would not be returning. Having been through plenty of transformations throughout the years, I support and admire creative change.

"But being informed, as a matter of duty and respect, is an important part of creative relationships. This sub-standard behaviour from the executives is very disappointing.

Paloma Faith and Boy George will join the show alongside returning coaches Will.i.am and Ricky Wilson for the fifth series of the BBC One competition.