Paul Hollywood from The Great British British Bake Off searches out the story of his maternal grandfather whom he got very close to when his parents divorced but about whom he knows little, 9.00pm BBC One. Bessie, the vivid drama/biopic on the life of the icon blues singer Bessie Smith (born, Chattanooga, Tennessee April 15, 1894) can be seen on Sky Atlantic at 9.00pm, while Atlantic: The Wildest Ocean on Earth concludes the three-parter on the vast ocean on our doorstep (9.00pm BBC Two)

Paul Hollywood (The Great British British Bake Off) became very close to his maternal grandfather Norman Harman when his own parents divorced. He grew up near them in Wallasey, but despite this he knows little about his grandfather’s life, and particularly his experiences during World War II. Paul remembers that he had a facial tic, and wants to know if it was caused by his war-time service. Paul’s journey takes him first to North Africa. Norman had only just completed his training when he found himself in Tunisia as part of the Light Anti-Aircraft division tasked with protecting infantry from enemy air attack during an Allied offensive to take Tunis. Paul then travels to Italy where he discovers that Norman was part of the landing force that became surrounded by German forces, trapped on the beaches at Anzio for four months, under constant aerial bombardment. Then Paul travels to the Highlands of Scotland on the trail of his great- great- great- great-grandfather. Norman Harman,is pictured below on the beach at the Anzio 50th commemoration in 1994. 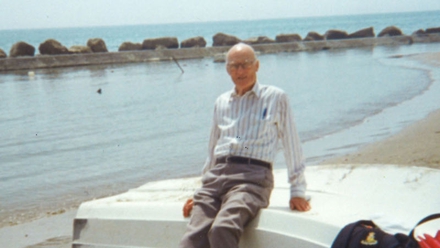 Norman Harman on the beach at the Anzio 50th commemoration in 1994.

Vivid drama/biopic on the life of the icon blues singer Bessie Smith who was born in Chattanooga, Tennessee on April 15, 1894. In 1923 she signed a contract with Columbia Records and very soon was earning thousands of dollars with hits like Downhearted Blues and by the end of the 1920s, her popularity had waned, though she was addicted to performing and tried to make a new start new with fresh recordings as the Swing Era commenced. A car accident outside of Clarksdale, Mississippi called time on the colourful chanteuse, who died from her injuries on September 26, 1937. Photo shows Tika Sumpter - who plays Bessie - and Beverly Ann Clarke, grand-daughter of the legendary singer attending the Bessie premiere in New York last April. 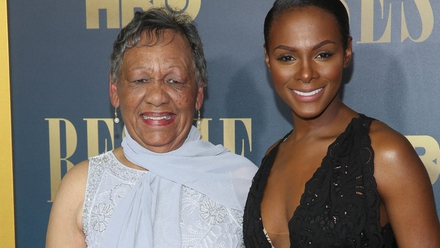 Final episode in what has been a compelling three-part series about that vast body of water just on our Western and Southern doorsteps. In the balmy tropical Atlantic (well, not our bit as we far too well understand this summer) everything from dolphins, manatees and whale sharks to sunbathing jellyfish thrive in the Caribbean's warm, sheltered waters, fringed with coral reefs and rich mangrove forests. However, extreme heat in Africa unleashes terrifying hurricanes, causing chaos across the region, as global warming threatens equilibrium and survival. 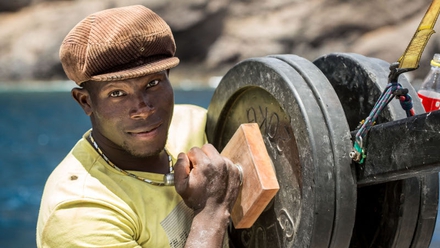 A fisherman on Cape Verde.