Amy Schumer has spoken about her new friendship with Hunger Games star Jennifer Lawrence, saying she's "the coolest chick". The actresses went on a boating trip together in the Hamptons in the US, where they were photographed jet skiing together.

Speaking on Jon Stewart's The Daily Show this week, Trainwreck star Schumer said of her new friend: "She is the coolest chick you will ever meet and she's beautiful."

However, Schumer said that she wasn't too happy being photographed beside Lawrence, joking: "It's the last person you want to be next to. In all the pictures, I look like her coach."

Schumer also told the talk show host about how her boating trip with Lawrence came about.

"Jennifer and I have become friends, and I was like, 'Oh we're going on a boat tomorrow. You should come'. And she was like, 'I think I'm coming!'" Schumer recalled.

"I filmed a video, actually, of my friends [and me] telling them. They're all like nurses and teachers, and I'm like, 'Jennifer Lawrence is coming on a boat with us tomorrow!' So they're all screaming. And then we wound up going jet skiing." 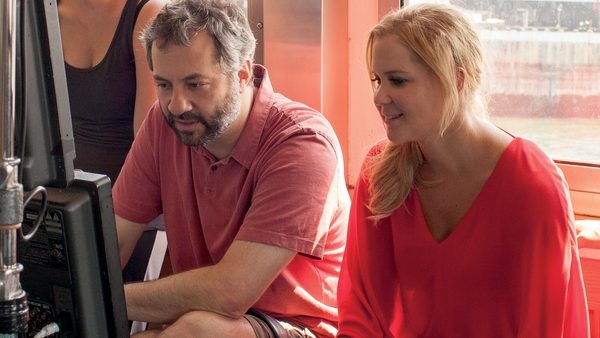