During the uncomfortable interview this week, the 22-year-old star was called "Carla" and was asked if she had ever read the book. She was also told to take a nap or have some Red Bull because she seemed tired.

Green also spoke about the exhaustion of a publicity tour, adding: "The TV people want some part of you, and in exchange for it, they will put the name of your movie on TV. But in that process, you do lose something of your self [sic]."

When Delevingne saw the essay on social media, she tweeted: "Whoever said this! Thank you so much!"

Green wrote back to her, saying: "That was me! <3", and Delevingne penned a heartfelt response - see below.

Whoever said this! Thank you so much! pic.twitter.com/PyshC8DqNG

@johngreen thank you so much john!! I just read the article and it made me want to cry! You are so special!! I am so happy I know you x

But Did You Read the Book? Some thoughts on @Caradelevingne, press junkets, and that one disastrous interview. https://t.co/Vlv5p5p7Qf

I work really really hard and love what I do, I don't feel like I need to apologize for being human #sorrynotsorry

@Caradelevingne stay true to yourself!! You have my support!! #TeamCara 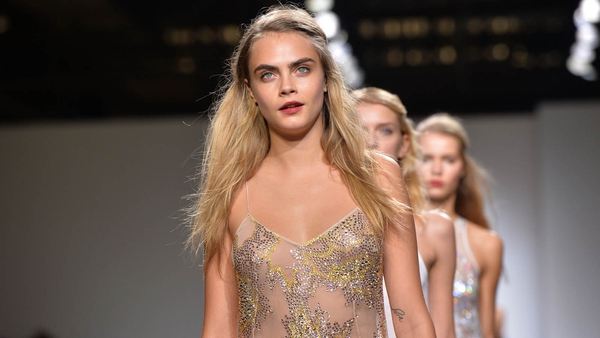