RTÉ presenter Maura Derrane stunned in a fuchsia Fee G frock and a striped hat by Irish milliner Martha Lynn while judging this year's Ladies Day at the Galway Races.

The Today show co-host judged this year's competition alongside Fashion Editors Bairbre Power and Melanie Morris and Catwalk Model Agency owner Mandy Maher, and they had their work cut out for them choosing from the ultra-stylish attendees.

In the end, they chose Cork native Alex Butler as the Best Dressed Lady, who scooped the coveted prize worth over €10,000 wearing a chic one shouldered red midi dress by Teria Yabar, an eye-catching headpiece by Leitrim milliner Jennifer Wrynne, a dainty pearl clutch and a pair of pointed nude Christian Louboutin heels which were a present from her boyfriend.

Huge congrats to Alex Butler who has won the @KilkennyShop #BestDressed at the @galwayraces wearing one of my hats! pic.twitter.com/kwTCgCeCd0

The Best Irish Design prize went to milliner Mary White from Mayo, who chose a bespoke 1950s-style two-piece outfit from Irish designer Laura Jayne Halton and a grey pillbox hat with ostrich feathers she designed herself. 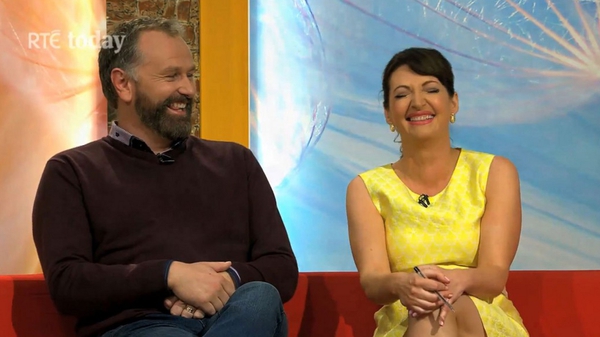