There's no denying that Ireland has taken Ed Sheeran to its heart, but it seems the love is mutual. Ahead of his two sold-out Croke Park gigs this weekend, we reveal the top TEN reasons why the singer-songwriter is practically one of our own.

The popstar is well-known for his flaming locks, which he was bullied for as a child. If they’re not a testament to his Irish “roots”, we don’t know what is.

9. His family are Irish

His grandparents hail from Gorey in Co. Wexford, while his Galway cousin Laura Sheeran is also a musician. He makes sure to schedule family time when he pops over to Ireland for a visit, and was the guest of honour at Laura's wedding in Spiddal last year. 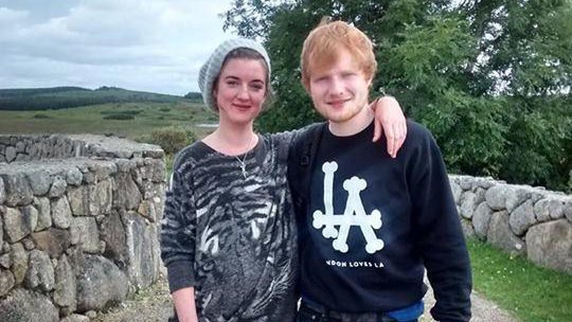 Ed wrote the One Direction song Little Things and has been pictured having the craic with Niall Horan.

7. He plays the bodhrán

The video for Ed’s song, Photograph, shows him playing various different instruments – including the traditional Irish bodhrán. Good man yourself.

They told me it was sold out, but no ones turned up yet pic.twitter.com/vQyXFdniY9

5. He wants to live here some day

While Ed is always on the go, he told Ryan Tubridy on RTÉ 2fm earlier this year that he would "move [to Ireland] in a heartbeat if the opportunity presented itself".

Ed won over the hearts of everyone in Ireland when he surprised 11-year-old Aimee Keogh on the Late Late Show last year. The excited fan’s reaction was priceless:

3. He used to busk in Galway

Ed Sheeran wasn’t always a star. As a teenager, Sheeran busked on the streets of Galway for a bit of pocket money. Check out the Photograph video for more. 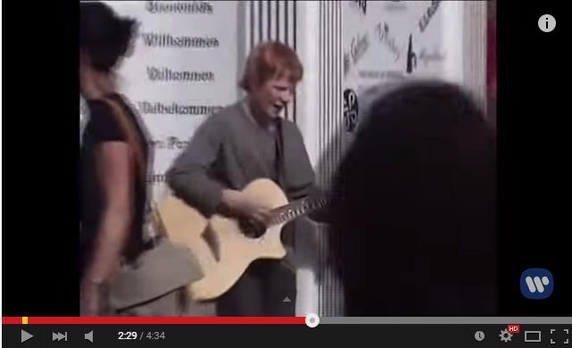 The singer has claimed he is "obsessed" with the show and posted a picture on Instagram of him spending time with actor Tom Vaughan-Lawlor. "I was instantly hooked in and I want Nidge to be my best mate. I can do a Nidge impression -- it's just a lot of nodding and saying Trish," he added.

Whether it’s an intimate gig in Whelan’s or a massive show in Croke Park, Ed is guaranteed to be excited to play over here, saying "I always love coming back to Ireland. Irish audiences are among the best in the world." Aww.