With the Oscar-tipped Inside Out in cinemas from Friday, star Amy Poehler has told TEN that voicing Joy in the mind-exploring Disney Pixar movie has changed her life.

Tipped as a contender for next year's Best Picture Academy Award, the visually stunning and profoundly moving film takes us inside the head of 11-year-old Riley.

There, Joy, Sadness, Disgust, Anger and Fear are at the controls as the youngster tries to deal with a family move from Minnesota to San Francisco.

"Playing Joy changed all the molecules in my body every time I did it," the Parks and Recreation star said. "It makes me feel so honoured to be part of it, but more than that, it's what I think great art does: it's given me a new lens on how to look at the world and my feelings and my emotions."

You can watch a clip of Amy Poehler talking to TEN's Harry Guerin by clicking the link above or at the bottom of the story, and the full interview in this YouTube embed:

While doing her voice work for Inside Out, Poehler said she had to stand up and keep moving to bring Joy to life.

"Even just that physical thing can completely change your day and can reset your switch. It was beyond joyful to get to do it; the process was incredible and now that it's out in the world and people are seeing it and liking it, it's really awesome."

The mother-of-two added: "This is a film where both adult and child are watching it and getting different things out of it.

Read our review of Inside Out here. 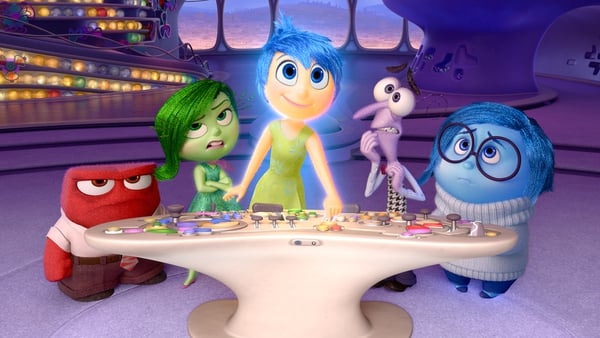 Review: Inside Out is summer's must-see