A big winner at the Galway Film Fleadh at the weekend, Aidan Gillen's new film You're Ugly Too is out on July 24, and judging by this exclusive clip, we're set for some cool double act chemistry between Gillen and young co-star Lauren Kinsella.

Written and directed by Galway man Mark Noonan, You're Ugly Too was the Winner of the Best First Feature at the Galway Fleadh. It tells the story of Will (Gillen), a prisoner who is granted compassionate release to care for his niece Stacey (Kinsella) after her mother's death.

They move to a caravan park in the Irish Midlands to make a fresh start and take their first steps to becoming a family.

You're Ugly Too received its world premiere at the Berlin Film Festival earlier this year and was produced by John Keville and Conor Barry for Savage Productions, with support from Bord Scannán na hÉireann/the Irish Film Board.

It was shot in Dublin and Offaly. Click on the video link to watch our exclusive clip from the film. 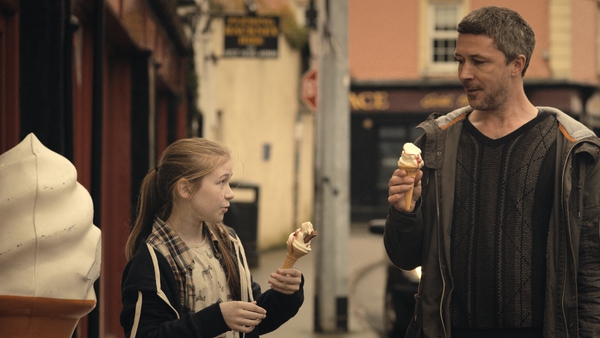 Irish film You're Ugly Too up for Berlin award