Cara Delevingne has said she would like to follow in the footsteps of former model Charlize Theron and prove her acting ability through challenging roles like Theron's in the 2003 film, Monster.

The 22-year-old model-turned-actress is hopeful that she can lose the 'model' tag and be known solely for her acting talents.

Speaking with Australian Channel Ten show The Project, Delevingne said: "You know Charlize Theron, there are so many amazing actresses who have been models. And like her in that movie Monster, those are the kind of roles I want to play."

She added: ''There's always going to be people who don't want you to succeed or doubt you, but again, I didn't really care, because I know how hard I can work and I knew I'd give it my all. So as long as I do good work, I know that's all that matters."

Delevingne, a favourite with fashion giants Chanel and Burberry, stars in the highly anticipated adaptation of John Green's bestselling novel Paper Towns, and described her move to acting as being "born again".

"It's just a whole different thing. I literally feel like it's a different part of my life now", she explained. "I feel like I've kind of been born again. I know that sounds really weird but honestly, acting, I've wanted to do it so badly. As soon as I got the opportunity I was like, I'm here, take me, I'll do anything." 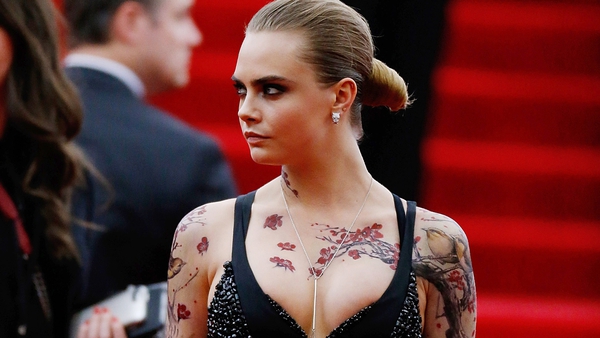