The BBC has bowed to pressure and said it will revamp its heavily criticised Wimbledon highlights show after a volley of abuse from viewers over the format.

The revamped Wimbledon 2Day was hosted by Clare Balding from a private members club near the lawn tennis club and had the presenters chat with members of a live studio audience often with very painful results.

Tennis fans took to Twitter in their droves decrying the show, branding it an almighty 'balls-up' by the broadcaster. Many viewers likened it to spoof BBC drama W1A and called for more tennis and less chat.

The new BBC #Wimbledon2day format is truly awful. Any chance we could revert to covering this great sport rather than an X-Factor knock off?

Dear BBC, A suggestion. Why not show some tennis in your tennis highlights show? Yours, Everyone Who's At Work All Day #wimbledon2day

It appears W1A was a documentary after all. #wimbledon2day

Today the Beeb finally relented to pressure and announced that from tonight Clare Balding will present the show from a studio above Centre Court. 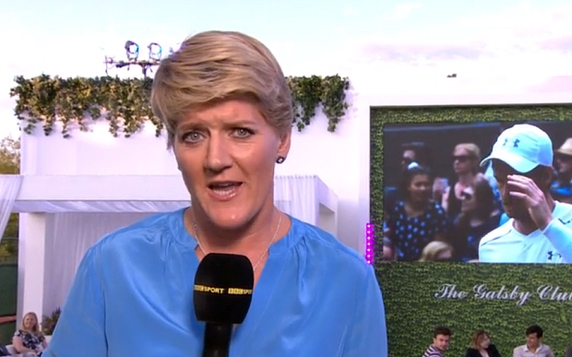