Hozier has made it into the top ten of vinyl sales in the US in a chart which also sees Taylor Swift beat Arctic Monkeys and classics from Pink Floyd and Miles Davis also bolstering the small but steady vinyl comeback.

Hozier's self-titled debut has sold 21,000 copies in the US so far this year, putting him at No 10 in the chart. Unsurprisingly, Taylor Swift's eight-million selling album 1989, which is already the top seller in all formats, is No 1.

30% of all sales of Sufjan Stevens' Carrie & Lowell were on vinyl. Arctic Monkeys, Alabama Shakes and Father John Misty were also popular among vinyl fans and Pink Floyd's Dark Side of The Moon and Miles Davis' Kind of Blue also figured prominently in a year which saw a 38.4% increase in vinyl sales in the US with 5.6 million albums sold already in 2015.

The 10 best-selling albums on vinyl in the US in the first six months of 2015 are: 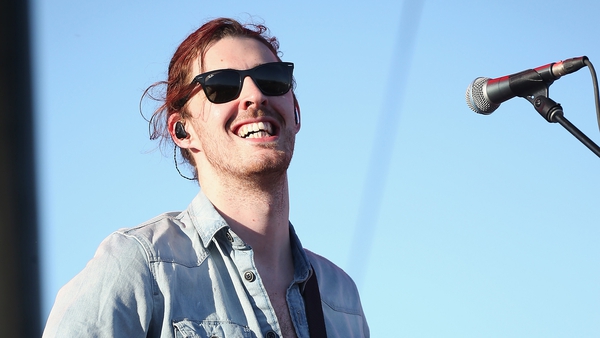 Hozier: "The great fear is getting too happy"