Amy, the heartbreaking new documentary about pop's lost girl Amy Winehouse, has opened in cinemas. Alan Corr talks to the film's director Asif Kapadia about the difficulties he faced in bringing Amy's short and tragic life to the screen.

Asif Kapadia won acclaim in 2010 for Senna, his documentary about F1 driver Aryton Senna. Now he's turned his lens on a totally different subject - the London singer Amy Winehouse. Kapadia's film may be simply titled Amy but it does come with the telling tagline, "the girl behind the name".

It tells the very personal story behind Winehouse's meteoric rise from London girl who just wanted to sing to Grammy-winning star and her fall and eventual death on July 11, 2011 from alcohol poisoning. It's a fascinating and deeply sad portrait that uses extensive private video archive to tell a story of a fun, feisty and smart artist and young woman who was to succumb to personal demons and a predatory media.

Alan Corr: Amy is a sad and powerful film but it also left me feeling very angry. Did you feel similar as you got deeper and deeper into telling the story?

Asif Kapadia: “Yes. It was one of those things where the more information we found and the more we did our research, we realized that this awful thing had happened in front of our very eyes and nobody had done anything to stop it. It was this awful situation that everybody got caught up in so in a way, I’m glad to hear you feel angry.”

There was a 20-month editing process involved in making Amy. How painful was it piecing together what is essentially the long drawn out death of someone you didn’t know but perhaps got to feel you knew?

“Once I started doing the interviews with Amy's friends it got very emotional. It is quite a dark film at times but luckily there are lighter moments. There’s humour, Amy is very funny, at the beginning in particular, but even then you find out that underneath everything there is this baggage she’s carrying, there are lots of latent issues that she’s somehow got under control but all it takes is for the wrong mix, the wrong people to come along and it could go very quickly completely out of control.”

From the massive success of her second album Back to Black on, Amy's story becomes one of drug and drink abuse with her husband Blake Fielder Civil and the media intrusion that went along with all that. Did you hold back on using some footage because it was too graphic to show?

“There was some personal stuff we came across which would be inappropriate to use in a film but that’s the sort of stuff that people shoot. There was a sequence after she wins all the Grammys and Blake is in prison and at this stage Amy was supposed to do a Bond theme. That era, that period, is when she gets really bad, really, really bad and she looks terrible. Quite late on, I was looking at some of that footage and I was thinking about using it and actually we chose not to because it felt like it was too much. It was horrible to look at actually. You realize that she is in such a bad way and you realize that it is supposedly after the highest point in her whole career. Unfortunately, it didn’t lead to her being fixed and cleaned up and seeking help; it lead to her potentially doing another job and another show.”

How much did you turn to Amy’s childhood friends Julia and Lauren and her mother Janice Winehouse for guidance in the making of the film? Were they more than interviewees?

“No, not really. All of the people you mentioned were interviewed and we came close to them but they were not any more than that really. They were better off doing their bit and walking away. It was all too painful. Julia and Lauren were more in the background and Janice as well. I met her and interviewed her and she went back and got on with her life. Amy's first manager, Nick Shymansky, was someone I would talk to because he knows the business and I don’t, so occasionally I’d check with him who a particular person was or how did a certain thing work or who does what.” 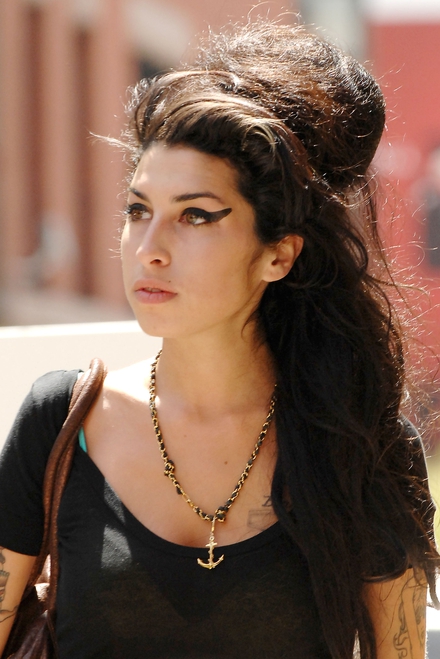 To coin a phrase, you do paint a vulgar picture of the tabloid press. The music industry is very much in the background in the movie but did you come away thinking that the film industry is a relatively sane place in comparison?

“I’ll be honest. I wasn’t sure about the music industry before I started and you learn about it and you realize the amount of money a young artist can earn is far bigger than a young person can earn on a film. You get child stars, you get actors who become huge but in terms of film makers and creators, you just don’t see that kind of cash flying about as you do in music. So the potential for people to have issues is huge. It all becomes part of rock 'n’ roll legend when someone develops a drug and drink problem. You don’t necessarily celebrate that in other forms of art.”

As well as being the story of a lost life and a lost talent, Amy is also a salutary tale of how the modern media works . . .

“It definitely became that. It became very much about that period when all the newspapers went digital. Suddenly there are websites that needed content and they’re uploaded all the time and they need more footage - another headline and another picture. Amy Winehouse walking down the street, Amy Winehouse goes to a club, Amy Winehouse goes to the petrol station . . . She became known in America because Perez Hilton began posting pictures of her and nobody knew her music but she became famous in the gossip pages and then there were clips of bad performances on YouTube and Facebook. The gig in Serbia, everybody’s seen it online but not many people were there.”

Because of the level of press intrusion and the prurient public interest, her music suffered and her love and passion for making music evaporated because of the toxic nature of what was going on around her. Towards the end, she seemed to be putting on a big act or did she just not care any more?

“Well I don’t know. When she got to Serbia she told a lot of people she just did not want to perform so in an act of defiance she refuses to sing in front of 20,000 people and so destroys her own career, which is not how everyone perceived it. It’s all very different from what we all thought looking at that footage. I don’t know . . . she looked like she didn’t care any more but it looked like her only way out. She was performing the same record five years after it came out.” 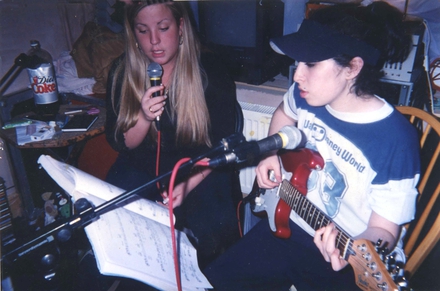 I suppose I have to ask you the Mitch question . . .

Well, do you have a stock answer for it at this stage?

Amy is in cinemas on July 3

Click on the audio link above to listen to Alan Corr's review of Amy for RTÉ Radio One arts show, Arena.