The 47-year-old American sports star looked dapper in a black suit, while the bride opted for an unconventional black lace gown.

Sharing a photo of the event on Instagram, he said: "Tying the Celtic knot with my best friend."

Hawk has six children from his previous three marriages and began dating his new wife a year after she divorced his best friend, Matt Goodman.

Matt Goodman told RadarOnline that he approved of the couple, saying: "I know people will think it is strange but I'm totally cool with it.

"I had split up with Cathy over a year ago and she started dating Tony about seven months ago.

"I have a new girlfriend now and I hope Tony, Cathy and Lhotse (Hawk's third wife) can all be happy."

Tying the Celtic knot with my best friend pic.twitter.com/Yt6XTloQ1Q 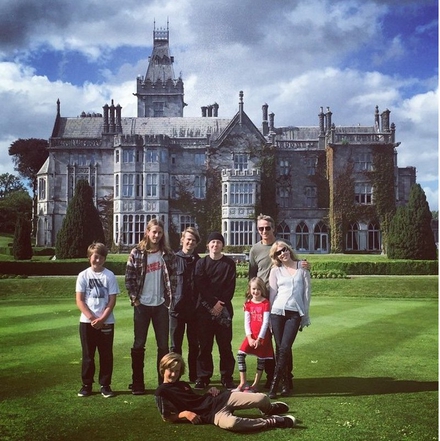