Actor John Hurt has said that he has been diagnosed with pancreatic cancer.

The 75-year-old, a one-time resident of Roundwood, Co Wicklow, told the Press Association that he would continue working despite the diagnosis.

"I am undergoing treatment and am more than optimistic about a satisfactory outcome, as indeed is the medical team," he said.

Hurt added he would "continue to focus on his professional commitments".

Hurt's full statement, which was released yesterday, reads: "I have always been open about the way in which I conduct my life and in that spirit I would like to make a statement.

"I have recently been diagnosed with early stage pancreatic cancer. I am undergoing treatment and am more than optimistic about a satisfactory outcome, as indeed is the medical team.

"I am continuing to focus on my professional commitments and will shortly be recording Jeffrey Bernard Is Unwell (one of life's small ironies!) for BBC Radio 4."

Hurt has been nominated for two Oscars, for The Elephant Man and Midnight Express. More recently, he has been filming The History of Love with Gemma Arterton and Derek Jacobi and a new Tarzan film with Samuel L Jackson and Margot Robbie. 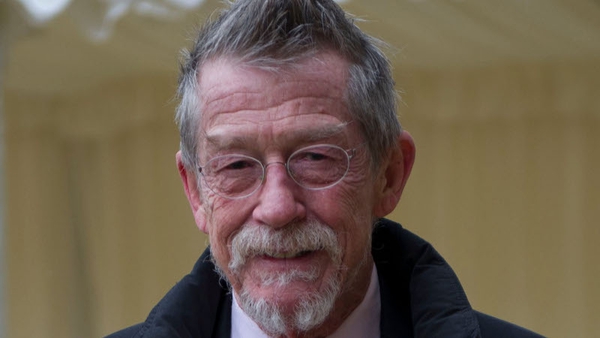