The Fall star Jamie Dornan has saluted the show's creator, Allan Cubitt, for taking a chance on him in the lead role of Paul Spector, and has said that he "definitely hadn't done enough work really to warrant being given that opportunity".

In an interview with Variety, Dornan said: "I had never even done a small part in a BBC production, never mind being given a lead. So it was a big punt for them to take on me, and that was all driven by Allan. He was like, 'He's the guy'.

"I know he had to fight for it and it automatically did wonders for how comfortable I felt early on."

Dornan continued: "So as nervous as I was in the first couple of takes, he was just great at going, 'It's OK'. And when I didn't get fired after the first day, I was like, 'OK'. At the table read, I was like, packing up my bags, this is not going to happen.

He added: "I didn't get a great deal of work and experienced quite a lot of failure in this field. So I actually admire a lot of other actors who that was the case for.

"Guys who it didn't quite happen for in the way that maybe it does now, like Michael Fassbender, who's such an astonishing actor, but 10 years ago was obviously not where he is now. George Clooney, Anthony Hopkins, there's so many of these guys who it didn't happen [for] early on.

"I have a sort of deeper understanding of those guys, weirdly, and I admire them more for that."

Watch the interview below: 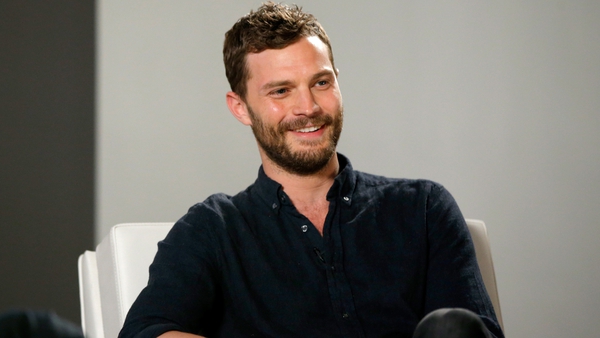