One Million Dubliners, the award-winning documentary about Glasnevin Cemetery which was commissioned by RTÉ, has won the television prize at the Sanford St Martin's Awards in London - the UK's most prestigious award for religious broadcasting.

Directed by Aoife Kelleher, produced by Rachel Lysaght and written by James Mitchell, One Million Dubliners was made by Underground Films in association with RTÉ, the Broadcasting Authority of Ireland (BAI) and Shoot for the Moon with the participation of Bord Scannán na hÉireann/The Irish Film Board.

The film is described as "a documentary like no other, touching on stories celebrating life, mourning death, examining belief, and exploring love and loss".

It received its world premiere at the Galway Film Fleadh last July and won Best Feature Documentary at the festival.

The film also won at the Boston Irish Film Festival and was voted Best Irish Film of 2014 by readers of The Irish Times.

One Million Dubliners' editor, Emer Reynolds, was honoured last week for her work on the documentary at the Irish Film and Television (IFTA) awards.

Roger Childs, Head of RTÉ Religious Programmes, who commissioned the film, which aired on RTÉ One last November, said of its latest win: "I'm so chuffed to see Aoife Kelleher, Rachel Lysaght and their team gaining the recognition they deserve for this beautiful film."

He added: "It's also a poignant tribute to the late Shane MacThomáis, who was One Million Dubliners' magnificent heart and soul."

Read our review of One Million Dubliners here. 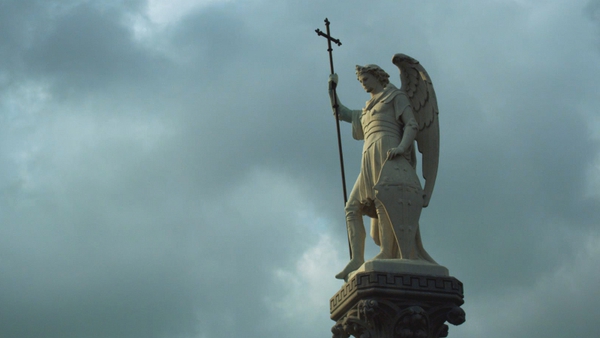