Dublin actor Brian Gleeson will soon be on screens in Stonemouth, the two-part BBC Two adaptation of the Iain Banks book of the same name.

Stonemouth also stars Christian Cooke (The Promise, Magic City), Charlotte Spencer (Glue, Line of Duty) and Peter Mullan (Top of the Lake, Sunshine on Leith) and is described by the BBC as "a romantic mystery delving into love, loyalty and vengeance".

It tells the story of Stewart Gilmour (Cooke), who returns home to the Scottish village of Stonemouth for his best friend's funeral.

Having been run out of Stonemouth two years previously by the criminal family of ex-girlfriend Ellie Murston (Spencer), Stewart must face her, her father Don (Mullan) and find out the story behind his friend's death.

This is the first adaptation of Iain Banks' work since the author's death from cancer in 2013.

The transmission details for Stonemouth have yet to be announced.

"I hope Iain would be pleased with our adaptation. He met our screenwriter, David Kane, in what turned out to be the last months of his life and they discussed many of the ideas in the show that were developed from the novel. Director Charles Martin has brilliantly captured the 'Banksian' tone, especially in the casting and use of music in the show." 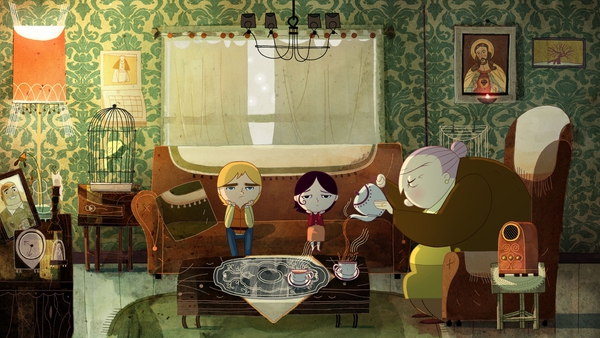 Watch! Song of the Sea trailer