George Clooney has admitted he ''wasn't looking to get married'' before meeting Amal Alamuddin.

The 54-year-old Ocean's Eleven actor, who walked down the aisle with 37-year-old Amal in Venice last September, has revealed he had no great desire to wed until he met his new wife.

Speaking to the Daily Mail newspaper, Clooney said:  ''I wasn't looking to get married - and then I met someone who I realised I wanted to spend the rest of my life with. I only hoped that she felt the same way.

''From the moment I met Amal until now, the idea of spending my life with her has been the most important thing for me, and the thing that brings me the most joy in the world.

''I couldn't be happier with my life right now. I have a great partner in life, and I didn't think I was ever going to have that.''

Clooney also said that he is delighted that his wife is "much smarter" than him, adding: ''There is no question in my mind but that my wife is smarter than me - and I'm thrilled by it! Look, it's good to surround yourself with anybody who is smarter than you, and for me the bar's pretty low anyway.

''But Amal is way up there. She's brilliant.

''[The only way to win an argument is] by arm-wrestling her. If we put our elbows on the table and set to, that would be my only chance of winning. Because if it's an intellectual battle, then I'd lose flat out!'' 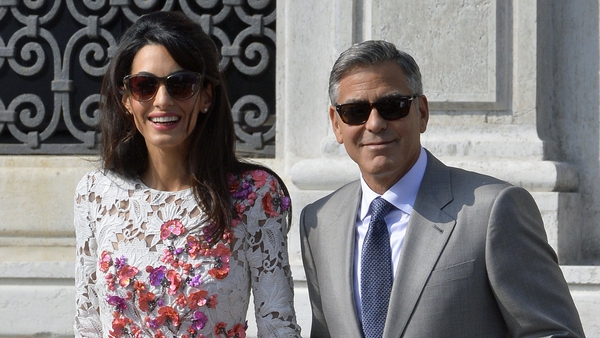