George Clooney has said he "couldn't be happier" following his wedding to Amal Alamuddin last year.

He continued, "I couldn't be happier. We're having a really fun time. We're working on fixing up a house in England that we'll be spending a lot of time in, just outside of London. And we've been sort of travelling the world. We're on our way to Shanghai and Tokyo."

Show host George Stephanopoulos brought up Clooney's rule of not spending more than 10 days away from his human rights lawyer wife to which he replied, "That's the plan. It's not easy because she actually has a day job. She has to, like, get people out of jail."

Clooney also told E! News recently, "I wake up in the morning and I think, 'This couldn't be better'." 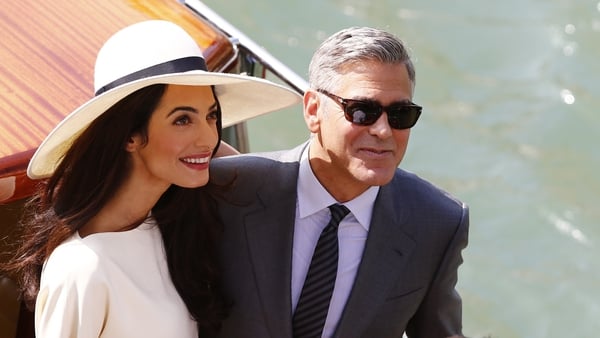 George Clooney and Amal to holiday in Ireland