Jamie Foxx has said he is "single and ready to mingle", adding that the dating scene is hard.

When asked about his love life by E! News, the 47-year-old said: "How did James Brown say it? I'm 'single and ready to mingle'."

He continued: "Love's hard anywhere, though. It's really hard out here. But I been out here so long, it's like you just sift through, sift through..."

Foxx also revealed that he has only dated one Hollywood star, saying that he found her love of the spotlight too much to handle.

He said: "A few years ago, the minute I went, 'OK, let me try some of this Tinsel Town', it was literally 102 temperature, a big premiere I was supposed to go to.

"And she said, 'What are we doing? I have my dress, there's going to be camera crew following me and what I've accomplished'. 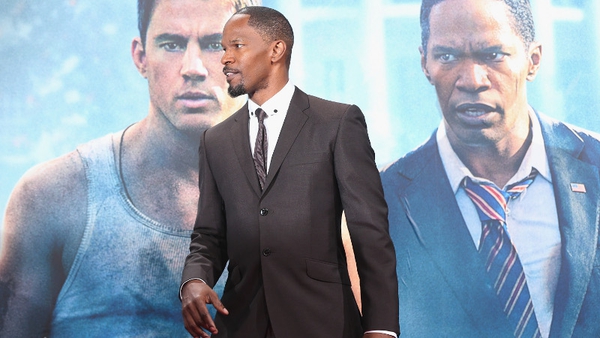 Jamie Foxx does his Obama impression for RTÉ Ten