The new Samuel L Jackson action-adventure is now in cinemas. Harry Guerin is game for a laugh.

Ah yes, the opportunity for a rendezvous with your younger self. With big red titles like something from Guild or Medusa Home Video, helicopter shots galore, a thundering soundtrack and a survival pod straight out of Escape from New York, the ludicrous but likeable Big Game will return plenty to a misspent youth somewhere in time in the 1980s, when the seductive whirr of a VCR was the most exciting of sounds and you didn't know what you didn't know.

What you know now, however, is that for a truly powerful nostalgia high you need a script as strong as the premise - and that's where this actioner falls down.

Jackson plays a lame duck US President whose Air Force One is shot down in a Finnish mountain range en route to a summit in Helsinki. In the crash site wilderness is Oskari (Onni Tommila), a 13-year-old trying to make his bones on a rite of passage deer hunt. Now, along with somehow summoning the upper body strength to draw back his big-as-himself bow, Oskari also has to keep one step ahead of the baddie (description justified, beard and jodhpurs crucial) and find a way to bring the leader of the free world to safety. If you never quite forgave yourself for not taking up archery as a kid you'll be kicking yourself again here.

Oskari is no Snake Plissken, but that's most of the charm of Big Game and there is real double act chemistry between young star Tommila and Jackson. A mystery, then, as to why writer-director Jalmari Helander didn't work on giving them more laughs, and why Jackson's charisma has been put on a dimmer setting for so much of the movie. There are some fun, high-calorie-consuming set-pieces to go with the cheddary lines but, at 90 minutes, the whole thing is in too much of a rush to join the treasured classics in your movie life. 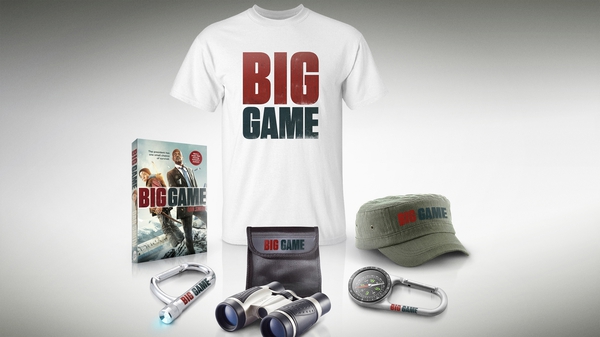