It has the working title of Game Changer, and BBC Two says it will tell "the story of the controversy surrounding the computer game Grand Theft Auto - arguably the greatest British coding success story since Bletchley Park."

BBC Two continues: "Its triumph was down to a bunch of British gaming geniuses who had known each other since their school days, and at the heart of it all was GTA's creative mastermind, Sam Houser [Radcliffe]. In autumn 2013 its latest iteration - GTA:V - earned $1bn in its first three days, becoming the fastest selling entertainment product in history.

"Grand Theft Auto offers gamers the chance to step into a fantasy world where they can behave like criminals, gun down rival gangsters and cops, hijack cars and venture deeper into an imaginary American underworld.

"But the violent gameplay, coupled with its outstanding commercial success, leads to fierce opposition: from parents worried about children immersing themselves in such a violent world; from politicians, alarmed at the values they say it encourages; and above all from moral campaigners, who fight passionately to ban it.

"At the vanguard of this crusade is the formidable campaigning lawyer Jack Thompson [Paxton], a man determined to do whatever he can to stop the relentless rise of Grand Theft Auto.

"Game Changer (w/t) tells the story of an extraordinary chapter in the history of this iconic game, and reveals the major impact it has had on our cultural landscape." 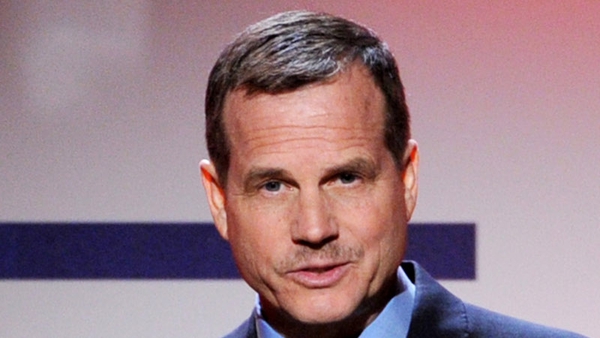 Titanic and Aliens' Paxton for Agents of SHIELD