Ariana Grande and Big Sean have broken up following eight months of dating.

A publicist for the former couple released a statement confirming the split saying, "They both deeply care for each other and remain close friends.

"We kindly ask that the media respect their wish for privacy regarding this personal matter at this time."

Us Weekly quote a source as saying the couple's hectic work schedules were the cause of the split, "They made the decision to part ways because their conflicting touring schedules would keep them apart over the next year."

Grande's Scream Queens co-star Lea Michele is reportedly supporting the star during this time with a source telling Hollywoodlife.com, "Ariana has been getting tons of support from her Scream Queens co-stars, especially Lea. Ariana looks up to her like a big sister and really trusts her input.

"Ariana has been very professional on the set and hasn't let the breakup affect her work, but it's obvious she's dealing with a heartbreak. She's more quiet than usual and a little down, but Lea always does her best to help put a smile on Ariana's face." 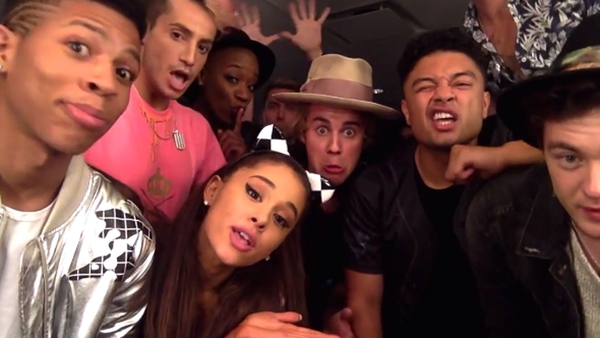