A fire broke out in Central London yesterday near the BBC Radio studios causing alarm for DJ's Fearne Cotton and Lauren Laverne, who were in studio at the time.

Red Nose Day producer Emma Freud tweeted a picture of the fire and wrote: "Fire at the bbc." (sic)

Minutes later Lauren Laverne tweeted: "Is this now???? In the studio...."

Fellow BBC DJ Fearne Cotton added: "er me too right by where all that smoke looks like it is coming from !" (sic)

However it transpires that the fire came from the lift motor room of a nearby building and four London Fire Brigades were called to the scene just beforehand, at 12:22pm.

BBC Radio 2 DJ Jeremy Vine also posted a message about the fire, tweeting a picture of the smoke billowing outside his studio window.

Fire at the bbc. pic.twitter.com/WFUpqs1UQq 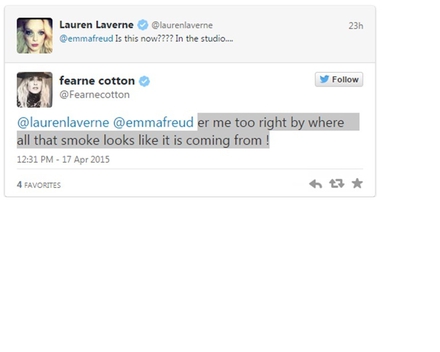 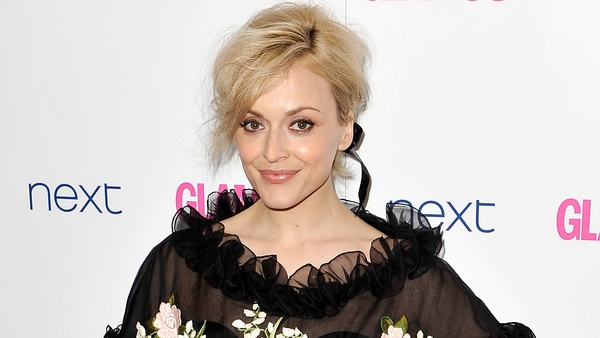