Justin Bieber is said to be threatening legal action after reportedly being placed in a chokehold and booted out of the Coachella music festival in California on Sunday night.

US website TMZ reports that 21-year-old Bieber became agitated when security officials wouldn't admit him through the artists' entrance so he could see the headline performance from Drake.

Bieber and his entourage allegedly showed they had the proper wristbands to gain entry, but were told by security that the area had reached full capacity.

Eyewitnesses told TMZ that the pop star argued with security and said he couldn't stand in a huge crowd without being hounded by fans.

The scuffle eventually led to the singer being placed in a chokehold and escorted from the festival.

Bieber and his team are believed to be exploring legal action. 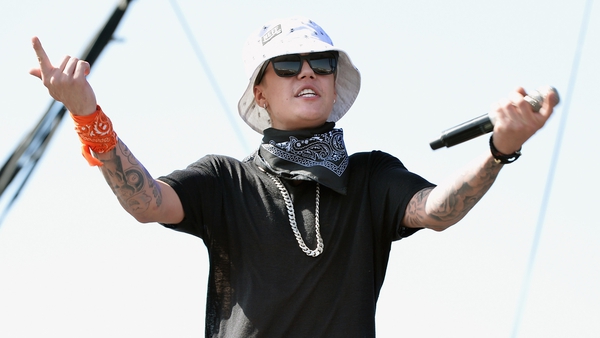