Kevin Spacey delighted the audience at the Laurence Olivier Awards last night (April 12), when he launched into an unannounced performance.

The House of Cards star was accepting his Outstanding Contribution to Theatre award when he surprised the audience by performing Bridge Over Troubled Water.

The actor was joined by singer Beverly Knight, a full orchestra and a choir for the performance to close the awards show.

Spacey was being honoured with the special award for his work as Artistic Director at The Old Vic theatre.

Apologies, the video of Kevin Spacey singing Bridge Over Troubled Water, which was posted on Twitter, has been removed. Here he is singing Beyond The Sea instead - Ed.

Well I wasn't expecting that! What an extraordinary duet from @KevinSpacey and @Beverleyknight. #Oliviers pic.twitter.com/WbawSiZ5x3 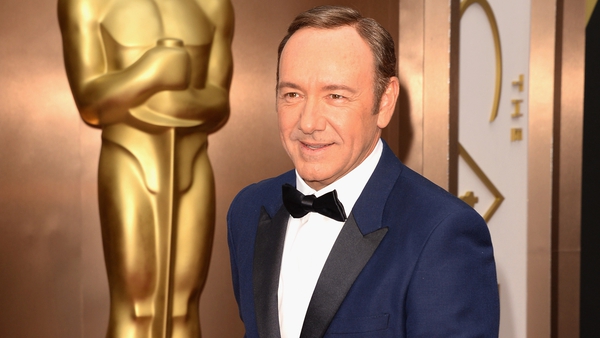