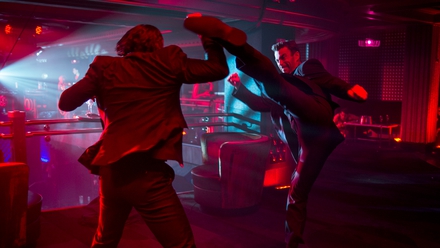 When we first meet John Wick he is mourning the loss of his wife (Bridget Moynahan) in his uber-stylish suburban home, a place littered with memories of their happy life together. Before Helen succumbed to cancer, she organised the delivery of a puppy so that John Wick (he is rarely called just John) would have something to love while he grieves - action lovers stick with me!

Time and Daisy (a very apt name for a very cute puppy) would have most certainly helped heal John Wick, but  a run-in with a bunch of Russian gangsters who want to buy his car, kick-starts a war that lures John Wick back into a dark underworld he thought he had left well and truly in the past.

After their agitated meeting the gangsters, led by Iosef Tarasov (Alfie Allen), soon break into John Wick's home to deliver a beating, steal his car and kill his pooch. Yes, the pooch gets it and John Wick is mad, very very mad. 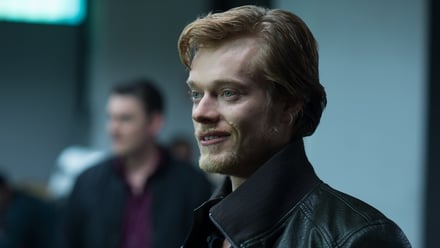 Bratty Iosef has no idea who he has wronged - John Wick used to be a top hitman for his father and mob-leader, Viggo (Michael Nyqvist). John Wick was permitted to walk away freely from his life of crime after he completed a killing spree Viggo thought was impossible. And now, once he buries his a dead doggie, John Wick is out for revenge.

Veteran stuntman and second-unit directors Chad Stahelski and David Leitch make a worthy debut as feature directors. Their slick action sequences look like they have been shot in one take as John Wick eliminates any person who tries to block his path to Iosef. 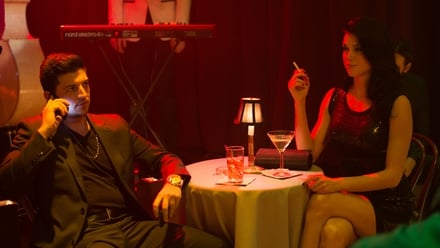 Whether it's in laser-lit nightclubs, fancy hotel rooms or dimly-lit churches, John Wick will shoot and destroy anyone who dares to cross him. And just when you think John Wick can do no more he will twist and bend to make sure he blasts any baddie that attempts to sneak up behind him. Several three-piece suits where definitely harmed in the making of this movie.

Derek Koltad's script may not win any awards, but it is comic book in style and never really takes itself too seriously. It glories in creating a compelling underworld playground for its characters - they have their own gold coin currency, a secret language and a mythology which could easily lead to future films exploring its world of mobsters, assassins, vamps and vixens. There's definitely more to the receptionist in The Continental Hotel than meets the eye.

John Wick may not be a movie that will win awards or change your views on world politics, but it is thoroughly entertaining, knows how to poke fun at itself and leaves you wanting to know more about John Wick and the characters from an underworld he once ruled. Plus Keanu Reeves is doing what he does best, at his best. Bring on the sequel.

Click on the link above to watch our interview with Keanu Reeves.