In Friends (7.30pm, RTÉ2), we go back to the beginning of the story when unsuspecting viewers first met Ross, Rachel, Chandler, Monica, Phoebe and Joey. Living the Wildlife (7.00pm, RTÉ One) is underwater in Dublin Bay looking at grey seals, while Outlander (11.20pm, RTÉ 2) returns for the second segment of the 18th century Scottish highlands-set drama series.

We go back to the beginning of the story when unsuspecting viewers first met Ross, Rachel, Chandler, Monica, Phoebe and Joey in, yep, the first episode of season 1. Who was to know it would endure as it has deservedly done as a very smart thing indeed? Would Jennifer Aniston have scaled the heights which she has scaled without it? There's something to mull over.  After running out on her wedding, Rachel - played by the self-same Jen -  is taken in by her old friend from high school and is forced to stand on her own two feet. Watch out tomorrow night for The One With The Sonogram, the second episode in which Ross finds out his ex-wife is pregnant. Rachel returns her engagement ring to Barry. Monica becomes stressed when her and Ross’s parents come to visit. And so it goes, one of the smartest situation comedies of our times. 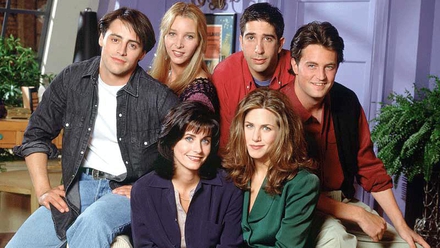 In last week’s episode, our passionate but genial  host, Colin Stafford Johnson was in Wicklow, exploring a unique badger study that uses all the latest technology to uncover the secrets lives of these oft-maligned creatures. In this episode, Colin goes underwater in Dublin Bay for an amazing encounter with grey seals. He films an extraordinary display when a big male lets him know that these females belong to him. While each episode of great interest in itself,  it is interesting to note that the series will conclude with a look at how a whole host of creatures like kingfishers, pine martens, storm petrels and hen harriers all require very different techniques and approaches to capture them on film. 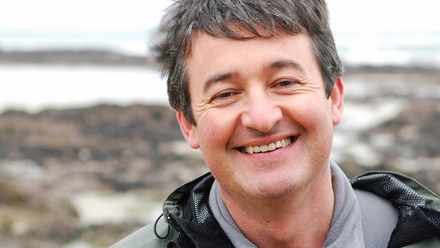 The time warp drama returns for the second half of series 1. Jamie and the Highlanders rescue Claire from Black Jack Randall. Back at the castle, politics threaten to tear Clan MacKenzie apart and Jamie’s scorned lover, Laoghaire, attempts to win him back. A curious mixture of the genres, Outlander follows Claire Randall  - played by Irish actress Caitriona Balfe -  a married WWII combat nurse who mistakenly falls back in time to 1743. As the season continues, Claire and Jamie’s relationship is tested and Claire must reconcile her modern mindset with this 18th century world.  Not easy for these time-travelling gals. 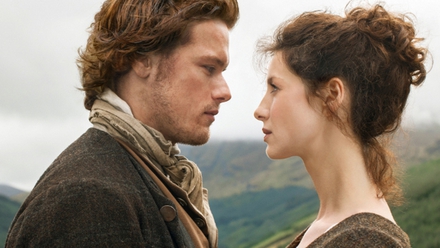