New Emmerdale star Gemma Atkinson has said that her character, Carly Hope, will "bring a lot of trouble with her".

Former Casualty and Hollyoaks star Atkinson will make her debut on the ITV soap next week as Bob Hope's (Tony Audenshaw) estranged daughter.

She said: "Carly arrives in a beautiful wedding dress and she is turning up in the village to ask Bob to give her away. It's her fifth engagement and she's only 25, so she's not been treated very well by the guys in her life.

"While talking to Carly, Bob discovers that she has only known her partner for four or five months. He's a millionaire, so that's something to do with it!"

She continued: "Bob tries to talk Carly out of the wedding by saying, 'Don't make the same mistakes that I've done, you're too young'.

"He gives Carly the fatherly spiel, which annoys her in a way because she thinks that he hasn't got the right to advise her on anything in life because he's not been around."

Atkinson added: "So she tells Bob where to go, she goes to the wedding but then she has second thoughts. I don't think that Bob realises the repercussions this will have, though!" 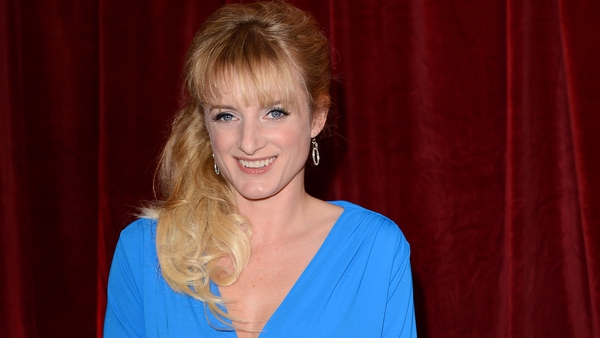