EastEnders' Mick Carter (Danny Dyer) is set to take matters into his own hands and serve his own form of justice on Dean Wicks (Matt Di Angelo).

When the police tell Mick and Linda (Kellie Bright) that it will be six weeks before it will be known whether Dean is to be charged with rape, a frustrated Mick storms over to Blades.

Despite Shirley's (Linda Henry) pleas to stop, Mick demands to talk to Dean and reportedly drags him to the allotments – never a good sign.

We'll have to wait and see what Mick has planned, but just how far will he take his rage? 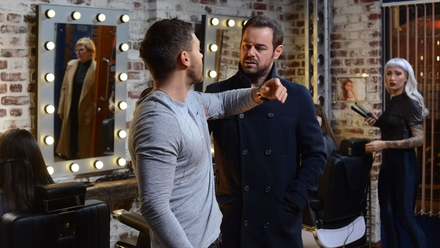