Andy Samberg has revealed that he would love Parks and Recreation star Amy Poehler to make an appearance in his cop-comedy series Brooklyn Nine-Nine.

When speaking to The Hollywood Reporter, the actor was asked who his dream guest star would be.

He replied: "Parks and Rec fans' heads might explode, and it's pretty sacred ground, but the dream really would be for Leslie Knope [Amy Poehler] to show up in Brooklyn.

"I don't know if we'd have to talk to NBC about that."

Brooklyn Nine-Nine was recently renewed for a third season by Fox, while Parks and Recreation is currently airing its seventh and final season on NBC. 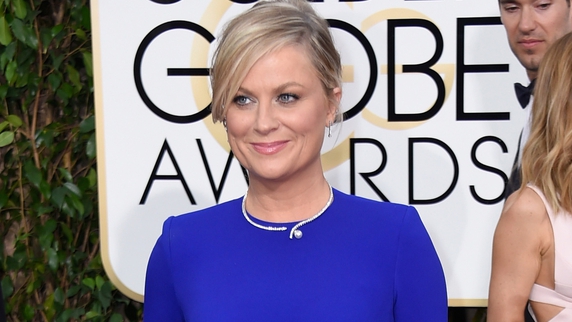